Koala Princess is Stakes winner No.209 for More Than Ready.  His most recent addition to that roll-call had been Starelle in the VRC Kewney Stakes (Gr.2, 1600m) at Flemington in March.

Leading jockey Joel Rosario closed the six-day Kentucky Downs meet with four winners on Sunday and none were quite as impressive as Koala Princess.  “It’s been a very special week and she showed a really good turn of foot turning for home,” he said.  “She’s quick and was comfortable on the best part of the track.”

“We were a little worried about the timing – Monmouth was just three weeks ago,” trainer Arnaud Delacour said.  “But obviously she handled everything just fine.  We had a great ride by Joel – he didn’t panic.”

Rosario rallied the youngster along the rails from well off the pace and she responded willingly to win by two lengths from Mystic Eyes (Maclean’s Music)  “The good races are tough to win here,” Delacour continued.  “Everybody shows up with what they think is their best stock at the time.  When our filly came with her run, it was so exciting.”

Her dam Koala Queen was foaled in 2013 and is from the second of three shuttle crops sired by Lonhro at Sheikh Mohammed’s Jonabell Farm in Kentucky.  There’s another Australian connection through her Irish-bred second-dam Josette (Danehill).  She’s a half-sister to the second-dam of Segenhoe Stud’s ATC Winter Stakes (LR, 1200m) winner Irish Dream (Falbrav).

More Than Ready has sired 8 individual Kentucky-bred juvenile winners this year for earnings of $889,497.  That puts him in third place for the 2021 North American 2yo premiership behind Gun Runner and Nyquist.  Now aged 24, he stood for a $65,000 fee at WinStar Farm this year.

His final Vinery-conceived yearlings in Australia have been entered for the 2022 majors. 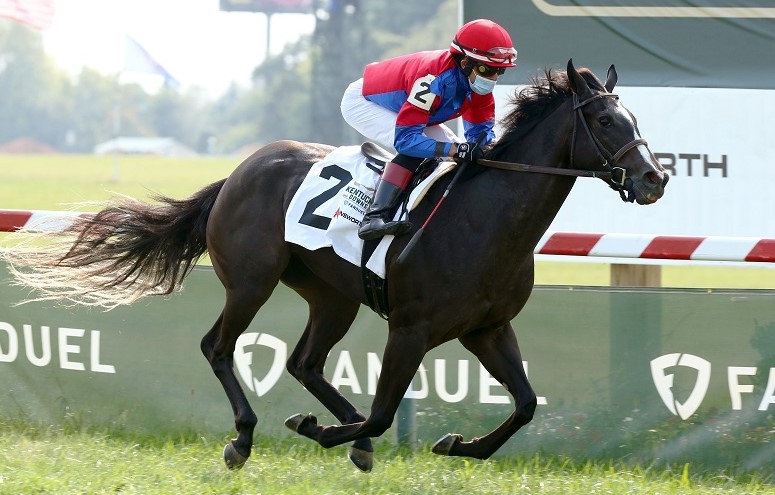