Three Bridges Thoroughbreds celebrated a winning weekend with two of its graduates winning in town while resident sire Stryker weighed in with a couple of promising provincial winners on Saturday and Sunday.

Exclusive Lass (Nicconi) started the winning run with a commanding three-length victory for trainer Nigel Blackiston at Moonee Valley on Friday night.  She had won a Bendigo maiden in February and her only unplaced effort in 7 starts so far was in the G2 Kewney Stakes at Flemington.

Agent Sheamus Mills bought Exclusive Lass for $75,000 from Three Bridges at the Inglis Premier Sale.  She is out of World Exclusive (Zabeel), a sister to the dam of stakes-winner He’s Remarkable who stands at Mapperley Stud in NZ.

“I’ve held her in very high regard and we gave her a good break after the Kewney,” Blackiston said.  “Her first two placings this preparation were solid performances and we were confident she would run a bold race here.”

They bought Cazonet for $450,000 from Three Bridges at the Gold Coast Magic Millions.  She is trained by Robert Smerdon and is from G3 Trentham winner Native Song (Mellifont).

Fastnet Rock stallion Stryker stretched the winning distance of his stock when Ropeadope broke through in the Elusive Style Maiden Plate (1850m) at Kyneton on Saturday.  He sold for $50,000 at the Inglis Melbourne Premier and is a three-quarter brother to G3 Waikato Guineas runner-up Yin Yang Master (Fastnet Rock).

Stryker doubled up on Sunday with Stryking Gold who also showed signs of staying ability at Gawler.  Bred by Tony Santic, she sold for $27,000 at the 2014 Adelaide Magic Millions and produced a powerful finish at the end of 1700m in the Gawler South Bakery Maiden Plate. 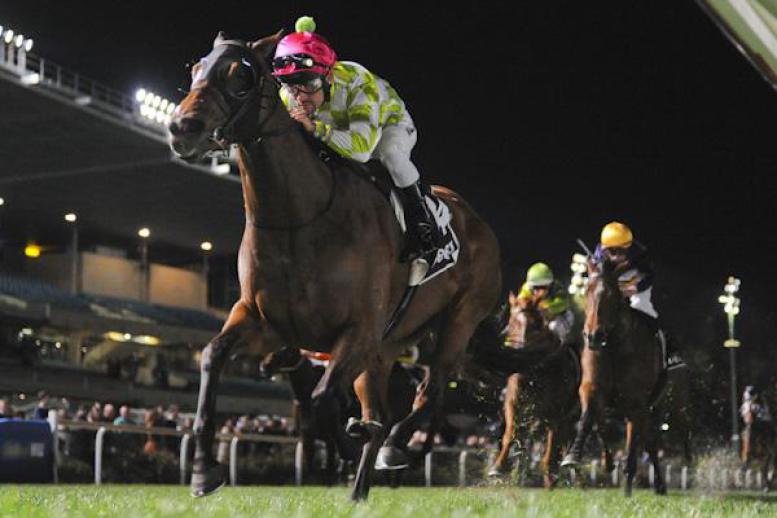