Group 1 trainer Rob Heathcote was in a reflective mood following the remarkable win of his Star Turn filly Startantes at Eagle Farm on Wednesday.

Startantes came from a mile back win the Stradbroke Season On Sale Maiden (1200m) by two lengths running away under Taylor Marshall.  She had also stepped slowly on debut last month before an eye-catching second to Sequesay at Ipswich.

“Taylor is a lovely guy but when she missed the kick I thought ‘Oh No!  He’s ‘fluffed’ it again.  She rocketed home over 800m at Ipswich and was too good for them today.”

Heathcote admitted ‘fluffed’ wasn’t what he actually whispered, however, he’s been more circumspect since being fined $500 for using another ‘F word’ in the enclosure last month.

Startantes (2f Star Turn – Funtantes by Easy Rocking) is a third-generation winner nurtured by Heathcote and his wife Vicky.  “You know you’ve been around awhile when you’re training their grand-daughters.  It’s a fantastic family and we have some close friends in her from the days when I first started out.

“She’s no waif.  There’s a bit of her – not tall but bulky and we will look for a Saturday race if she pulls up well.”

Heathcote trained her second-dam Cantantes (Just Awesome) for wins at Eagle Farm and Sunshine Coast and she excelled at stud foaling Excellantes and Funtantes who combined to win 8 black-type events and over $1.5 million in prizemoney.

Vinery freshman Star Turn was represented by another promising 2yo filly on Wednesday when Sonnet Star was runner-up on debut at Randwick.  The Vinery homebred looked an early winner after hitting the line hard behind boom filly Najmaty (I Am Invincible) in the Charlotte Inglis Hcp (1000m).

Star Turn has two yearlings entered for the Magic Millions March Sale at the Gold Coast next Tuesday, March 16.  His filly from French Group 2 winner Never Forget (Lot 267) is a half-sister to Randwick Stakes performer Postcode.

There could be further 2yo updates for Star Turn this Saturday with Doola Teela (Rosehill Magic Night Stakes Gr.3) and Montana Flash (Moonee Valley Pearl LR). 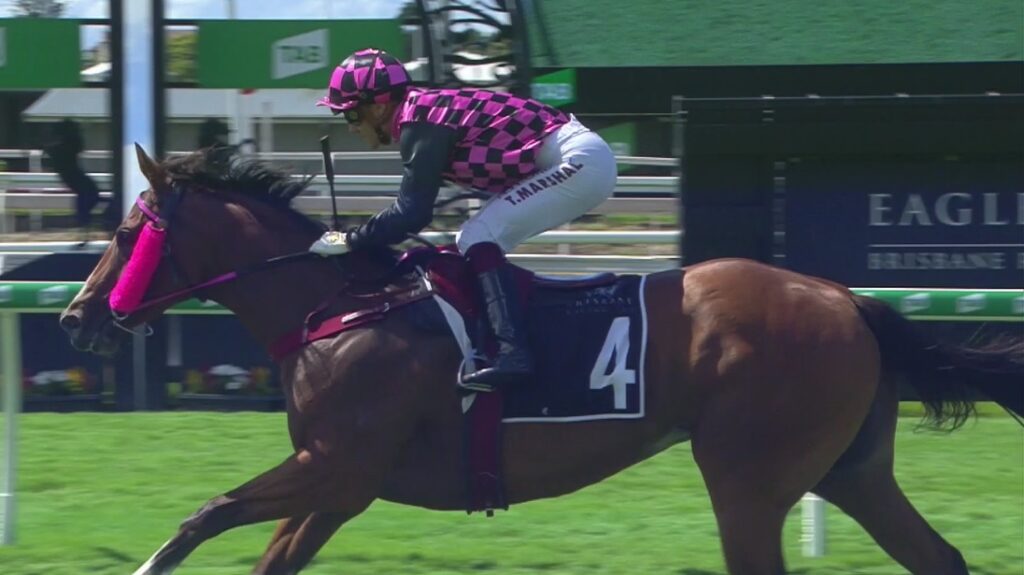