Vinery sire Casino Prince is basking in the reflected glory of Baccarat Baby on Queensland’s Sunshine Coast and the Vinery team is also relishing the extraordinary run of his son All Too Hard.

Baccarat Baby blew them away in the Sunshine Coast Guineas Gr.3 but everyone was talking about All Too Hard filly Jeweliana who came from nowhere to be nosed out of second spot in the Bruce McLachlan 2YO Classic (1000m).

Jeweliana put in the best run by a beaten horse on a big day at Corbould Park.  She went into the race undefeated following wins at the Sunshine Coast and Ipswich but was soon under the pump and detached from the rest of the field.  “I can’t believe how well she came home,” Sky Channel’s Bernie Cooper exclaimed.  “She was under so much pressure turning for home.”

Trainer Steve O’Dea received a call not long after from Jamie Walter at Kilora Lodge.  “He saw the result but missed the race.  I told him what happened from start to finish.  She wouldn’t stretch out.  It was a Heavy 10 and shifty, too.  When she finally got some traction in the straight, she really let down for Matt (McGillivray).  He reckons she’s a black-type filly.”

Spring will come too early for Jeweliana leaving connections some summer options in Brisbane.  Not being eligible for the Magic Millions means the Mode Plate LR over 1200m is a likely target at Eagle Farm in December.

“She’s a happy filly at home and has come on in leaps and bounds,” O’Dea added.  “It’s still early days and the All Too Hards get better as they get older.  If she measures up here, we can send her down to Sydney for the 3yo fillies races during the autumn carnival.”

O’Dea and owner-breeder Joe Rapisarda would prefer good tracks wherever she faces the starter.  “She’s gone alright on soft going in trials although they weren’t under raceday pressure.  Her Mum was very good but she hated mud tracks.”

Jeweliana (2f All Too Hard – Bianca Jewel by Lion Heart) floated to Kolora Lodge on Monday with assistant-trainer Matt Hoysted.  “She’s a beautiful type but the body came before she matured mentally,” he revealed.  “Steve has a massive opinion of this filly.  It’s all been on raw ability so far and this break will be the making of her.”

Vinery stands All Too Hard for a $27,500 (inc GST) service fee.  He sired the winners of 20 races in June to take his season tally to 175.  Herzegovina kick-started July on Monday and he’s on a hat-trick for owner-breeder Gerry Harvey. 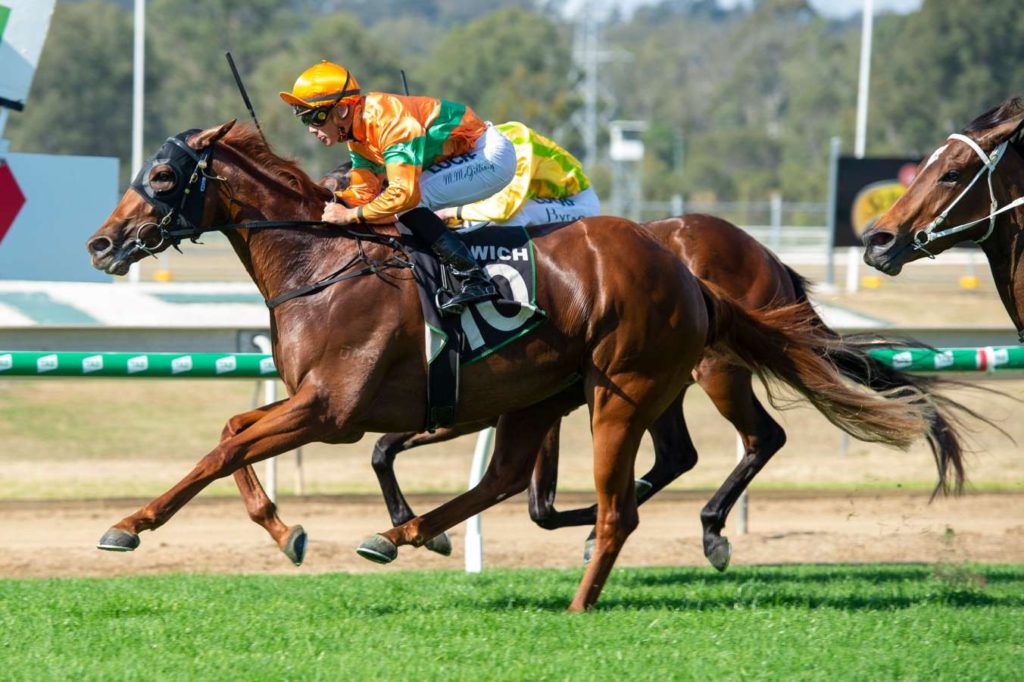