Belmont Bloodstock’s Damon Gabbedy kept his powder dry at the MM National Foal Sale before attacking the Broodmare Sale with gusto on the Gold Coast.

China Horse Club blew the competition away spending more than $9.30 million on 14 mares during Book 1.  Doing best of the rest among a vibrant buying bench were Gabbedy and James Herron who both signed for bloodstock worth in excess of $2.90 million.

Gabbedy was one of 8 Federation of Bloodstock Agents Australia (FBAA) members active at the National Sale and they spent a total of $8.65 million.

The most expensive of Belmont Bloodstock’s 24 lots was NZ bred stakes winner Serena Miss.  The NZ bred daughter of Iffraaj was purchased for $700,000 on behalf of Torryburn Stud’s John and Brett Cornish.

“She is Group 2 winner twice and Group 1 placed in the NZ 1000 Guineas,” Gabbedy said.  “John and Brett are looking to upgrade with some serious mares and she will go to Snitzel this year.”

Another Group 1 Kiwi-bred mare targeted by Gabbedy was Imperial Lass for $650,000.  The first-crop daughter of Cambridge Stud sensation Tavistock won at Moonee Valley and was placed behind Winx in last year’s G1 Queensland Oaks.

“There’s a lot of upside and we haven’t decided whether to keep her with Ciaron Maher or send her straight to stud,” Brett Cornish said.  “She will be very easy to mate being free of Danehill and will more than likely go to Redoute’s Choice.”

Steflara (Zabeel) is in foal to Helmet and Angels Beach is straight off the track after her most recent black-type placing the G3 Maurice McCarten Stakes at Rosehill in March.

Sheamus Mills spent $1.36 million on the Gold Coast and among his buys were a half-dozen mares for Yulong Investments.  Top of the dial was Godolphin’s Sydney winner Zauberflote, in foal to Exceed And Excel, for $525,000.

Adrian Hancock signed for stock worth $900,000 headed by Vinery Stud’s Pasadoble (Danehill Dancer) for $320,000.  She’s a half-sister to G3 Nivison Stakes winner Diamond Earth and is in foal to All Too Hard.

Earlier, Howard donned his Glenesk Thoroughbreds jersey to sell last-start G1 Robert Sangster Stakes winner Precious Gem (as agent) on behalf of her owners.  The Econsul mare was purchased by China Horse Club for $825,000 and she can pay that straight back in the G1 Stradbroke at Eagle Farm this Saturday.

Peter Ford bought four mares including Temple Divine (Fastnet Rock), in foal to Pierro, on behalf of Princeton Thoroughbreds.  She is an unraced half-sister to Whobegotyou and was worth $150,000.

John Chalmers bought two mares for Perth clients on Friday morning – Crystal Rock (Fastnet Rock) in foal to Deep Field for $95,000 and Easy Tee (Lil E. Tee) in foal to Hinchinbrook for $85,000.  Easy Tee’s Snitzel filly had made $250,000 at the National Weanling Sale.

DGR Thoroughbreds paid $120,000 for 3yo filly Who Are They (Redoute’s Choice).  She was placed twice at Warwick Farm for John Singleton and is a half-sister to champion filly Hasna.

Blaxland filled four orders for the syndicate that will stand Nostradamus at Rosemount Stud.  The Group 3 sprint winner by Medaglia D’Oro will cover a book that includes Cool Sheets (Dehere) who is in foal to Dissident.  She is a half-sister to G1 NZ mare Valley Girl and cost $100,000. 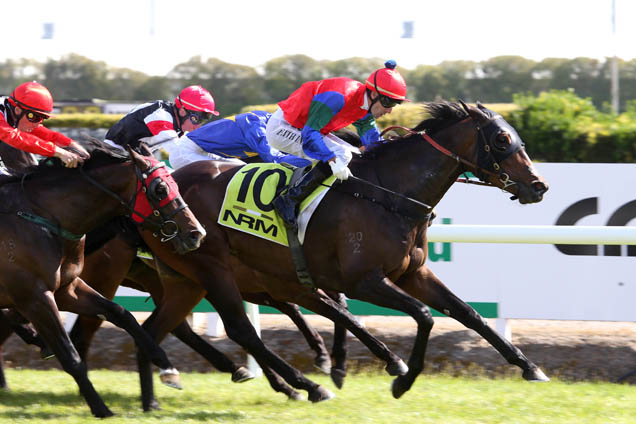