Blue Gum Farm shuttler Canford Cliffs (Ire) sired his first Australian winner at Sale on Thursday and it was anything but a cliff-hanger.

In fact, Cliff Hanger was eased down by jockey James Winks after powering past his rivals in the Jens Flowers 2YO Hcp (1411m).  The Lee & Anthony Freedman trained colt came from last on the corner to score by next to two lengths from Shadow Prince (Dalghar) and Bella Sorellastra (Lope De Vega).

“He put them away in two or three bounds,” Winks claimed.  “He dropped the bridle early and showed what he’s capable of in the straight.  He’s a nice horse.”

Cliff Hanger (2c Canford Cliffs – Crevasse by Snowland) had over-raced in his first two starts at Warrnambool and Flemington.  “The boys took the blinkers off and that was the key,” Winks continued.  “I worked him behind a couple the other morning and he was very impressive.  The soft track helped today, too.”

Injury ended his career after a second to Frankel when attempting to defend his G1 Sussex Stakes title in July 2011.  “He had great early speed as a two-year-old and stretched out to be a superb miler at three and four,” Richard Hannon said.  “He is without doubt the best horse I’ve had in over 40 years as a trainer.”

His first European crop comprised 35 individual juvenile winners in 2015.  And the Melbourne Premier yearling results in March reflected the faith of local trainers in his stock – they averaged $105,000 and sold up to $250,000.

The Freedmans bought Cliff Hanger for $115,000 from Blue Gum’s Premier consignment last year on behalf of a syndicate managed by long-time stable client John O’Neill.  He has a yearling brother with Symon Wilde at Warrnambool and their dam foaled a colt by Blue Gum sire War in October. 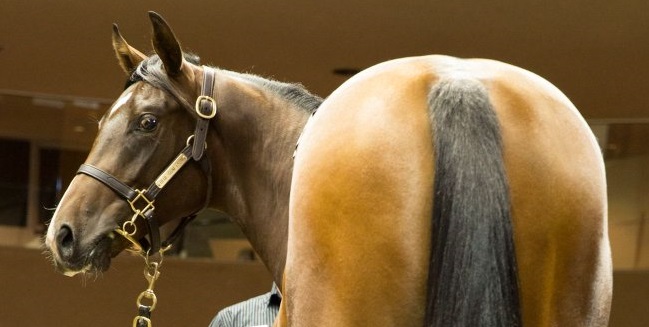