Incoming WA stallion Jimmy Choux (NZ) has sired his first Group 1 winner with The Bostonian in the Doomben 10,000 (1200m).

The Bostonian (4g Jimmy Choux – Keepa Cheval by Keeper) received a metre-saving rails run under Michael Cahill to hold out Darley star Osborne Bulls by a long-head on Saturday.  The Kiwi visitor had won the G3 Sunshine Coast Guineas and LR Daybreak Lover Stakes during his first trip across the Tasman at last year’s Brisbane winter carnival.

Trainer Tony Pike said his lightly-raced sprinter will be set for a Group 1 double in the Stradbroke Hcp (1400m) at Eagle Farm on June 8.  “His gallop on Tuesday morning was extremely pleasing and we were hoping he would run in the first five.  He will drop in the weights for the Stradbroke and that’s always been his main mission this prep.”

Jimmy Choux (Thorn Park) was initially based at Rich Hill Stud in Matamata after claiming the G1 NZ Derby in 2011.  He was purchased by Perth bloodstock agent John Chalmers (FBAA) last month on behalf of leading WA breeder Alan McAlister to stand at Rosalee Stud.

The Serpentine farm is operated by Wayne & Tracy Rodwell and is also home to Yarradale Stud-owned sire Vital Equine (Ire).

The Bostonian is a homebred for David Archer and has now won 8 times in 15 starts for earnings of $834,277.  He’s a full-brother to the Chris Waller-trained Chaussure who was last seen winning consecutive races at Warwick Farm and Canterbury back in November 2016.

Their dam Keepa Cheval is a half-sister to NZ Horse Of The Year (King) Mufhasa and she has a yearling filly by Rip Van Winkle (Ire) and a weanling colt by Iffraaj (GB).

McAlister celebrated the Doomben Group 1 later in the day when his homebred My Demi (My Atacanta) won the Rod Russell 60th Birthday Hcp (1100m) at Ascot. 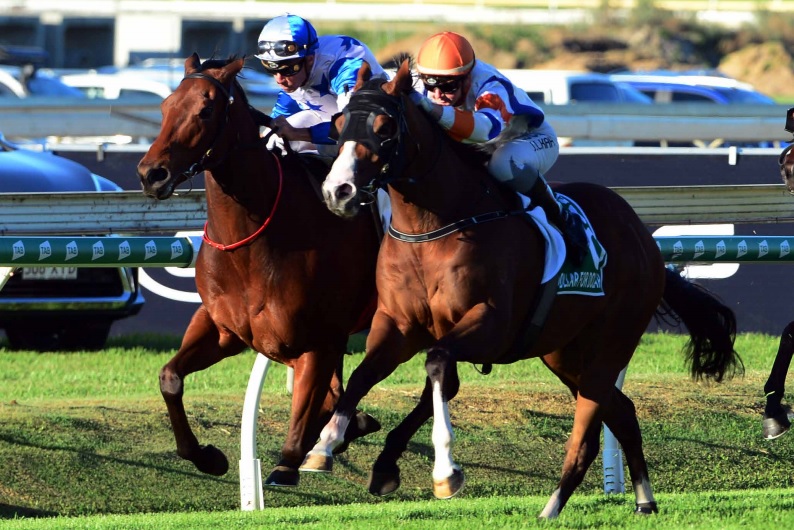