His Te Aroha based filly Princess Athena won the Brighter Carpets Maiden (1200m) by a half-length from the favourite Gold Tiara.  She was racing for the second time after a fading fourth on debut at Otaki on March 6.

The Avondale winner is one of 35 foals from the first crop of Shamoline Warrior who is based at Bluegables Farm in the Waikato for a $5,000 service fee.

Trainer Mark Kavanagh produced Shamoline Warrior for an eye-catching win on debut in a Sale 2YO Maiden (1200m) before putting him aside for a spring campaign.

He subsequently rocketed to favouritism for the G1 Victoria Derby with an outstanding win over Onemorenomore in the G3 Norman Robinson Stakes (2000m) at Caulfield.  But connections were dealt a body-blow when a chest infection ruled him out on the morning of the classic in 2009.

Kavanagh brought him back the following season but a torn ligament meant another six months on the sidelines.  After further tests as an autumn four year-old, vets discovered he had been racing with a hairline pelvic fracture and the decision was made to retire him forthwith.

“Shamoline Warrior is an imposing individual and the Shamardals are renowned for their outstanding temperaments,” Bluegables studmaster Monty Henderson said.  “His racetrack ability, physical strength and outstanding bloodlines attracted me to him instantly.” 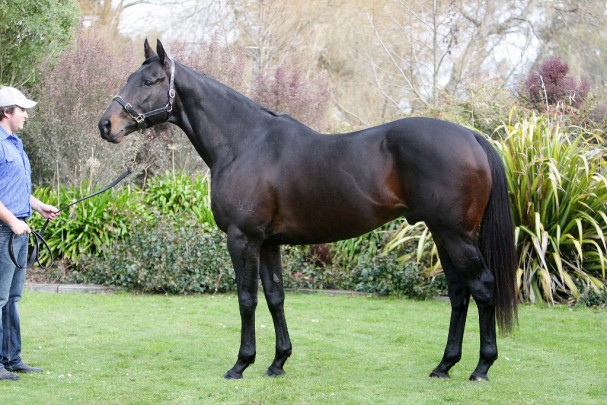