Comes A Time cut the ribbons as the first winner for Oakland Park freshman Sessions at Belmont on Wednesday.

Racing on debut for trainer Brett Wilkinson, Comes A Time ran down front-runner Holy Ghost (God Has Spoken) for a last-stride victory in the TABTouch – Better Your Bet Plate (1000m).

“That was a nice win and we’ve always had an opinion of him,” Wilkinson said.  “He was tardy in a trial earlier this month but learned a lot from that and jumped clean today.  He will be better over longer distances and we will nominate for a 1300m or 1400m race next time.”

Winning jockey Shaun O’Donnell believes the form out the race will stack up in better company.  “I had good cover into the wind behind Holy Ghost – they’re both promising young horses.  And it was a great job from Brett and the team after he had done a lot wrong at the trials.”

Sessions (Lonhro) was trained by Peter Snowden for Sheikh Mohammed and won 5 of his first 8 starts in Sydney culminating with Group 2 victory in The Shorts (1100m).  He also flashed home for a Group 1 third to Buffering in a blanket finish to the 2013 Manikato Stakes at Moonee Valley.

“Safeguard is off to a great start at stud,” Duncan said.  “But don’t be surprised if Sessions catches up by the end of this year.  He’s an outstanding individual.  Peter Snowden said he was unlucky not have won a Group 1 and believed he had the temperament and physique to match that ability.” 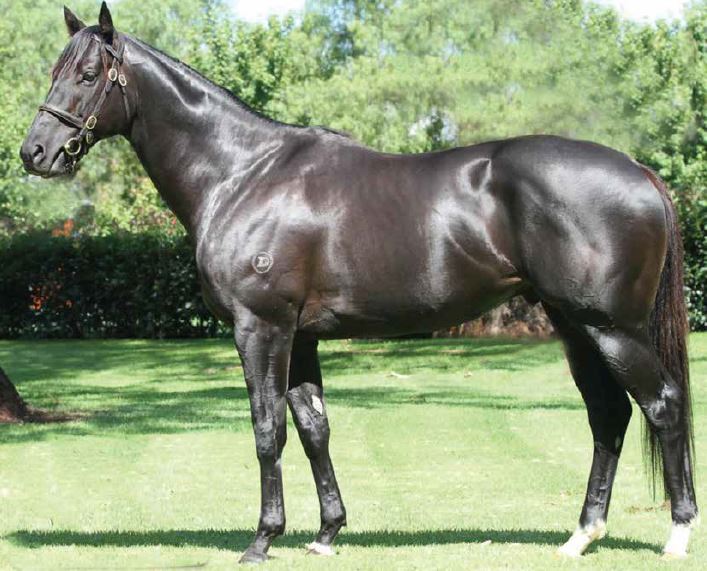