I’m More Ready recorded another career-first for More Than Ready (USA) when he won a Gulfstream Park juvenile maiden on Friday.

The Florida-based colt is his 24th individual 2yo winner in the northern-hemisphere so far this year.

More Than Ready shuttles from Kentucky to Vinery Stud and his prior record was 23 juvenile winners set in 2006.

I’m More Ready (2c More Than Ready – Passionate Diva by Street Cry) won a 1600m maiden by two lengths on turf for C&J Stable and trainer Alexis Delgado.  He settled midfield and advanced into contention around the home turn before gaining a clear advantage at the furlong pole.

His dam is a winning daughter of Roshani (Fantastic Light) who claimed a Group 2 in the Las Palmas Hcp at Santa Anita.

More Than Ready had equalled his previous 2yo mark earlier on Friday with Lost Ticket at Aqueduct.  She won a 1700m maiden by a length on turf after issuing a challenge to the leaders in the lane.

Lost Ticket (2f More Than Ready – Shapely by Empire Maker) is trained by Bill Mott for Staghawk Stables.  Her dam is from the family of British Horse of the Year Dayjur.

More Than Ready is coming off very successful sales at Keeneland and Karaka this month ahead of the Magic Millions in January.  He has two colts from Vinery among 17 yearlings catalogued for the Gold Coast.

The first colt from You Da One (Lot 50) is a three-quarter brother to More Than Ready stakes winner Always Allison (Sweet Embrace Stakes Gr.2).  Lot 701 is out of Rosenet, a Brisbane winning sister to Perth stakes winner Hussy By Choice (Miss Andretti Stakes LR). 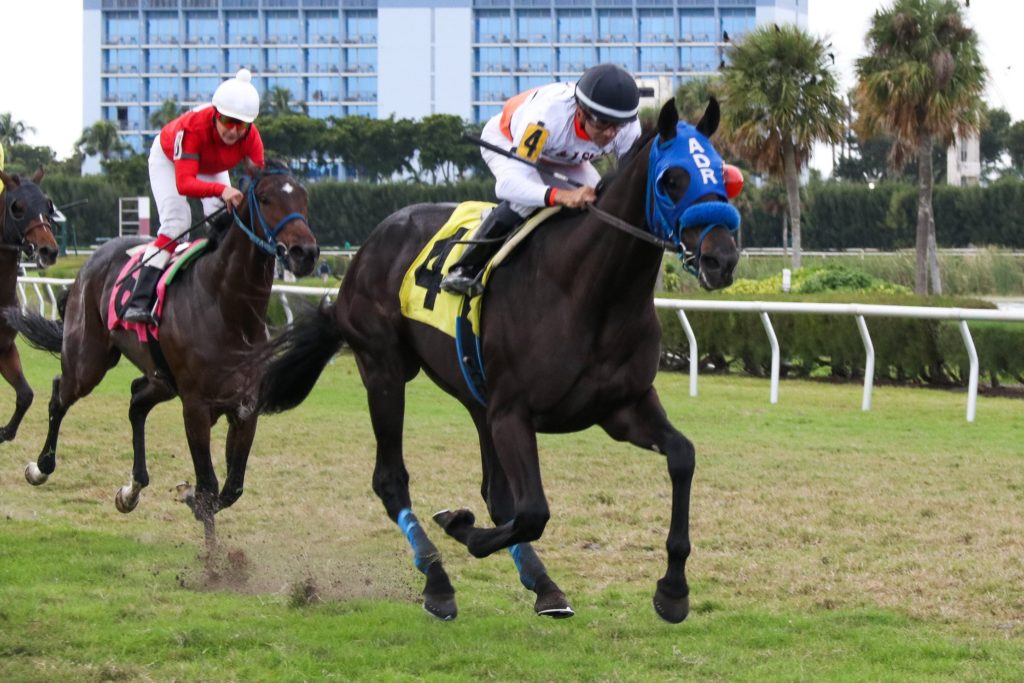