Pembroke Isle has stretched out further than any other All American. She had been placed three times in her first 10 starts over shorter trips before doubling up at Cranbourne (2580m) and Moe (2439m).

“It was a space job at Cranbourne and she won with authority at Moe last week,” Gelagotis said. “Her owners have been very patient and now the rewards are coming. She’s a nice staying mare in the making.”

Pembroke Isle will be on a hat-trick when she lines up over 2400m at Geelong on Friday, June 14. “She’s maturing and starting to grasp the concept of what it’s all about,” Gelagotis explained. “I like her and love the way she switches off then builds momentum. And she’s got a lovely turn of foot at the end.

“So far, so good. She’s bred to get over ground and will keep progressing during the winter months.”

Bluegrass Bloodstock (FBAA) agent Lenny Russo sourced the mare from Berkeley Park in the Hunter Valley. Her dam Trina (Elvstroem) is a half-sister to G1 Adelaide Cup (3200m) winner Demerger and the family goes back to champion filly Triscay.

Trina followed All American to WA and is now based at Lynward Park in Bullsbrook.

All American (Red Ransom) has sired the winners of 72 races in Australia this season for prizemoney totalling $2.02 million. There have been another 8 wins in Hong Kong for earnings of $13.90 million (AUD 2.56 million). 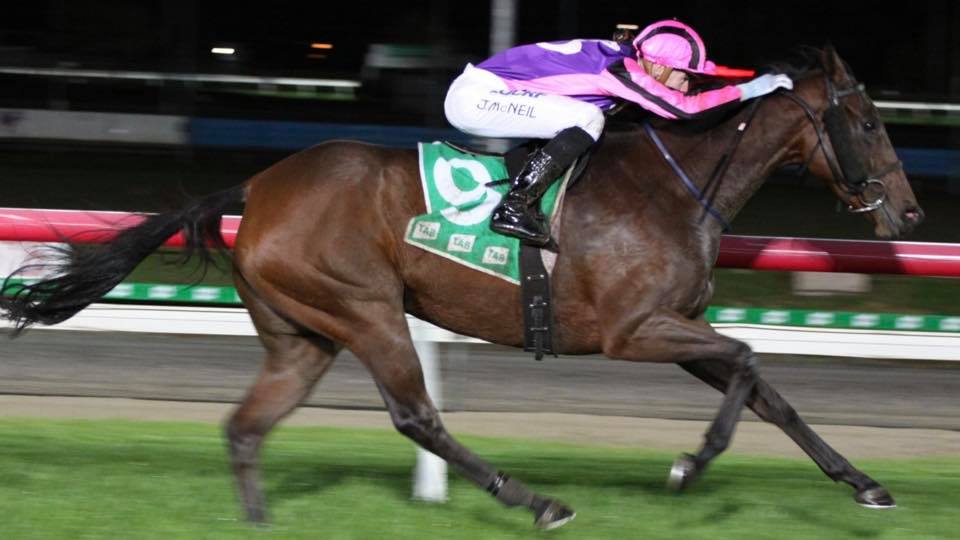