Sunspeed breeders were active at the Magic Millions National Sale on the Gold Coast that ended its two-week run last Friday.

According to results posted on the Magic Millions website, 24 mares were purchased by WA based agents and breeders during the select sessions.

GERVASE PARK owner Chris Gales led the way when paying $55,000 for 8yo mare Illustre (Pentire).  The NZ bred is an unraced half-sister to G3 winner Primus and she was sold in foal to High Chaparral.

Gales also weighed in with $50,000 for Belong to Madam. in foal to Show A Heart  A 13yo daughter of Belong to Me, she is the dam of four winners including Adelaide stakes winner Conservatorium (Royal Academy).  He can update the pedigree in the LR Eye Liner Stakes at Ipswich this Saturday.

Promising Perth filly Vital Importance (Vital Equine) is a Gervase Park graduate.  She completed a hat-trick at Ascot and Belmont in May and has earned $175,000 to date.  Trainer Neville Parnham bought her for just $5,000 at the 2012 Perth Magic Millions.

AVOCA PARK studmaster Michael Flannery bought 10 mares.  The most expensive at $50,000 was Fomalite, a Moonee Valley winner who was also G2 placed in the Edward Manifold Stakes at Flemington.  She is a daughter of former Larneuk Stud sire Fomalhaut and was covered by Star Witness last year.

Scenes was part of the Widden Stud draft and is a sister to dual Melbourne stakes winner Visual Displays.  She is also a half-sister to the dam of Perth 3yo Dominating who has won five races and $328,000 in prizemoney.

Rock Revival was sourced from the Patinack Farm’s reduction sale.  Now an 11yo, she is a half-sister to Sydney G2 winner Let’s Rock Again and her first foal Alvesta (General Nediym) has won 4 races to date in NZ.

Atwell has purchased former Woodside Park sire Econsul (NZ) to stand at Darling View this year.  The Mundijong stud has been home to Patronize, a Redoute’s Choice three-quarter brother to leading Darley stallion Exceed And Excel.

JOHN CHALMERS was the successful bidder for four mares with Rosia Bay (Rock of Gibraltar) top-priced at $37,000.  She is an unraced half-sister to G1 Flight Stakes winner Pontal Lass.  His other buys were Scenic Mist (Scenic), Princess Biscotte (Casino Prince) and Dealt a Diamond (Show a Heart).

Chalmers also paid $30,000 for a Congrats filly at the National Weanling Sale.  Her dam Saint Nichole (USA) foaled 4 winners before arriving here in 2008.  She is a half-sister to G1 Acorn Stakes winner Three Ring. 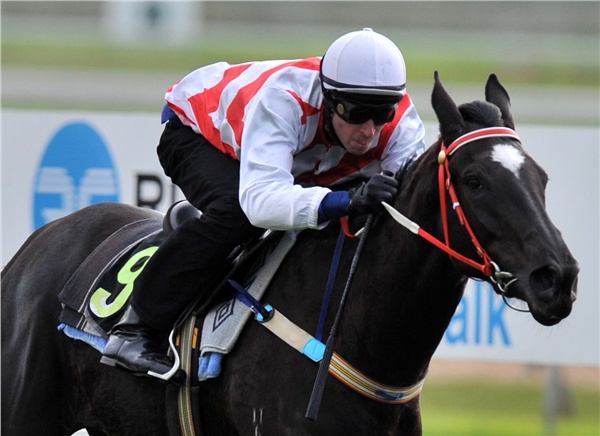