The Nagambie breeder has a trophy cabinet fit to burst and his GF brand was back in the frame when Portion Control won the $250,000 Inglis Cup (2000m) at Caulfield on Saturday.

Lindsay Park purchased Portion Control from the Gilgai consignment for $170,000 at the 2014 Inglis Melbourne Premier yearling sale.  “We targeted the race some time back,” co-trainer Tom Dabernig said.  “Why wouldn’t you when it’s worth $250,000?

“He was quite strong on the line and I think 2000 metres will be his preferred trip moving forward.”

Portion Control is by Snitzel from USA bred mare Divisible (Giant’s Causeway) who is a half-sister to Lizard Island (G2 Curragh Railway Stakes).  It’s the immediate family of Sadler’s Wells.

“This race is a great incentive for qualified horses who aren’t jump-and-run types,” jockey Craig Williams said.  “It was his first time at the trip and the stable was confident.  He got a lovely run from the draw and stuck his head out when it counted.”

Lindsay Park races him with a syndicate that includes Peter Anastasiou and Ken Biddick.  The Melbourne businessmen also own this year’s G2 Phar Lap Stakes winner Hattori Hanzo in partnership with Jamieson.

Gilgai Farm bred mare Jameka will be gunning for more Group 1 silverware in the Turnbull Stakes at Flemington this coming Sunday.  It will be her final lead-in to the G1 Caulfield Cup following a last-start victory in the G3 Naturalism Stakes on September 17.

Gilgai-bred Group 1 Newmarket Hcp winner The Quarterback will also be in action on Sunday after cruising home by five lengths in a Cranbourne trial last week.  Trainer Robbie Griffiths will start him first-up down the straight at headquarters in the Group 2 Gilgai Stakes. 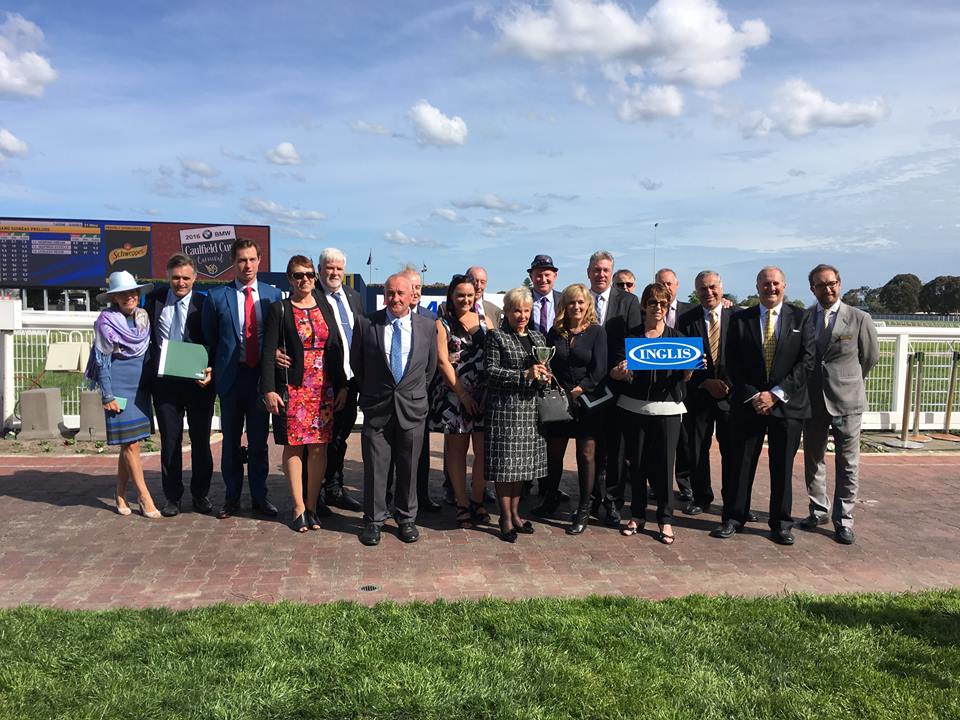