Boallia Farm stallion Rogano missed out with He’s Gold in the G2 Karrakatta Plate but there was a consolation with Glasgow Girl’s win in the Amelia Park Lamb Hcp (1200m).

Glasgow Girl (6m Rogano – Highest Honour by Elusive Quality) is a homebred for Matt Lukatelich and Saturday’s win at Ascot improved her record to 6 wins in 27 starts for the TBWA committeeman.  He races the mare in partnership with his father Rod who is a Perth Racing Director.

A free-rolling chestnut with a big white blaze and four white stockings, she skipped clear in the straight and was in full flight for jockey Ryan Hill to defeat Denim Pack (Demerit) by more than two lengths.  It was her first win since a Belmont graduation in July 2019.

“Fitting a tongue-tie has been the difference and I was confident today,” trainer Brad Graham revealed.  “She loomed up to win at Bunbury last start but didn’t know what to do.  Then when the second horse got to her, she started to go again.”

Graham took over preparing Glasgow Girl after she finished last of 15 at Belmont in June 2020.  “She’s out of graduation company now and can step up to 1400m,” he said.  “She’s also qualified for the Provincial Championships.”

Lukatelich bought into the family when paying $12,000 for Highest Honour from Peters Investments at the 2012 Magic Millions Autumn Sale.  She won three races at Ascot in the cerise and white silks and, besides Glasgow Girl, has foaled city winners Aberdeen Queen (Universal Ruler) and Sherpa Lass (Rogano).

Highest Honour has a 2yo colt with Fred Kersley named Guard The Safe (Safeguard) and her yearling is also by the Mogumber Stud resident.  The mare’s latest foal is a colt by King’s Troop and she stayed at Oakland Park to be covered by Sessions in November. 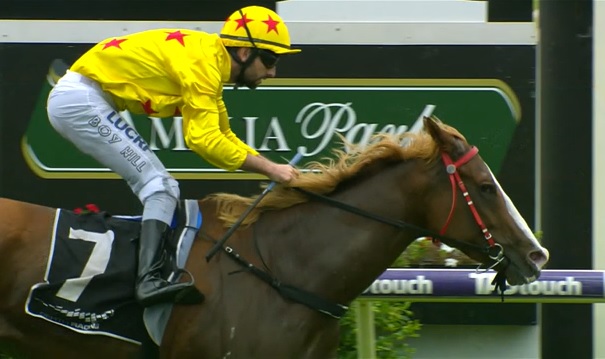