Magic Millions released a star-studded catalogue for the Gold Coast Yearling Sale on Tuesday and among the highlights is the WA-bred full-sister to Group 1 winning stallion Awesome Rock.

Gold Front Thoroughbreds owners Alan and Sue Olive entered the Fastnet Rock filly who parades as Lot 375 during the second session on Thursday, January 10.  Like Awesome Rock, who made $575,000 at the Gold Coast in 2013, she will be sold through the consignment from Newgate Farm.

The Olives kept a share and the standing rights for Awesome Rock who won the G1 Emirates Stakes at Flemington and G2 Dato Tan Chin Nam Stakes at Moonee Valley before retiring to Gold Front last year.

Their dam Awesome Planet (Giant’s Causeway) was trained by Graeme Rogerson to win a G3 Doomben Roses and her latest foal is a filly by Dissident.

On the local front, Gold Front mare Alta Sull’amore will be winning more races if she can reproduce her amazing first-up effort at Ascot on Melbourne Cup day.  The lightly-raced, white-faced sprinter recovered from a slow getaway to win eased down in the Fifth Leg Hcp (1100m).

“This is her first full prep with us and, on her work, we thought she would go well,” trainer Dan Morton said.  “She’s still learning and will eventually run out a mile in good company.”

Alta Sull’amore is by Darley sire Sepoy from G3 Champion Fillies Stakes winner Hi On Love (Love A Dane).  Her name is Italian for High On Love.

She was a $100,000 buy for the Olives from Glastonbury Farms at the 2016 Inglis Sydney Easter Yearling Sale.  Hi On Love was bred in WA by Aristos Mihalopoulos and she changed hands several times as a broodmare until Amelia Park bought her back into WA hands for $130,000.

Jockey Chris Parnham said Morton had been fairly confident with Alta Sull’amore.  “She didn’t trial and keeping her fresh was an advantage.  I thought I might have gone too early when I peeled out and put her into the race before corner.  But she was just too good.”

Another city winner in waiting for Gold Front is the Simon Miller-trained 3yo filly Deacalda.  She was purchased by Ray Meadowcroft for $105,000 from the Gold Front draft at the 2017 Perth Magic Millions.

Deacalda (Sizzling) won a Northam maiden on debut prior to a close-up placing behind free-wheeling winner Lord Greystoke at Ascot on November 3.  Her dam Kezzabelle (Zabeel) only won a maiden at Newcastle for Gai Waterhouse but she also provided Gold Front with a significant breakthrough last month.

Kezzabelle’s 2yo filly Amarillo Rose, by Gold Front sire Slater, opened Perth’s juvenile season with a barrier-to-box victory in the Initial Plate at Belmont.  The mare has a yearling filly by Alfred Nobel and she foaled an Awesome Rock colt last month. 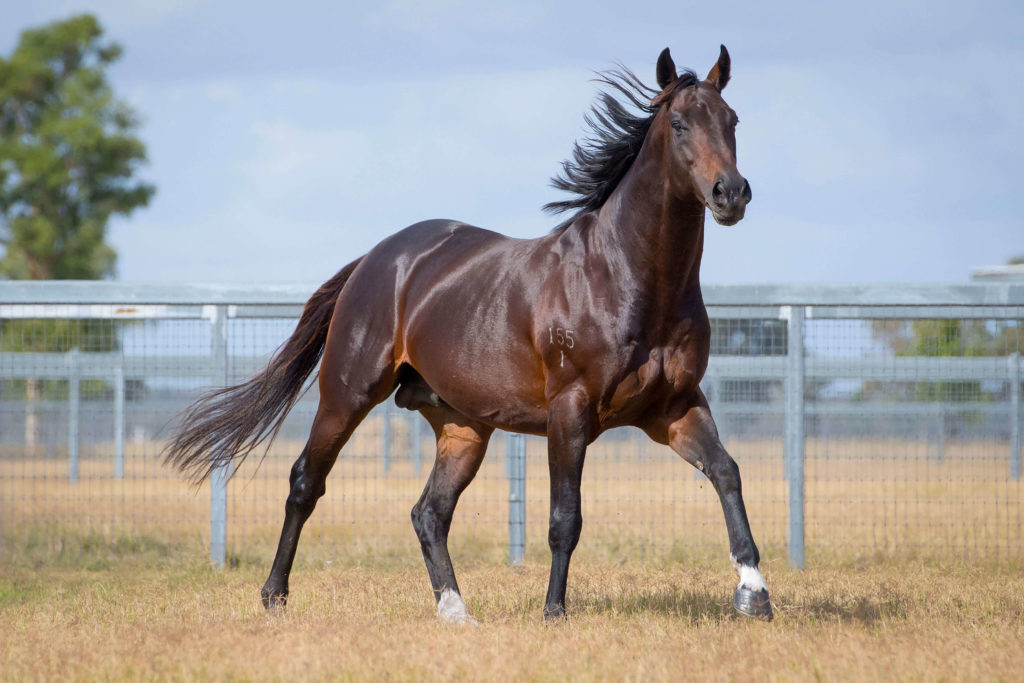