Racing Queensland has opened a Group 1 window for Chris Waller and his promising 2yo colt Spokesman ahead of a revamped Brisbane winter carnival.

After initially scrapping the entire carnival, RQ chief executive Brendan Parnell announced a revised winter program last week that will include the J J Atkins Stakes Gr.1 over 1400m at Eagle Farm on June 6.  He also revealed the transfer of racehorses from interstate will also be allowed under the appropriate protocols.

Spokesman is a first-crop colt by Vinery sire Press Statement and the J J Atkins is on the radar after another impressive victory in the Easter Monday Hcp (1300m) at Warwick Farm yesterday.  He had won on debut at Canterbury in January.

Waller won the 2015 J J Atkins with Press Statement and his racing manager Jack Bruce confirmed the stable is hoping Spokesman can win it for his sire.  “Taking him to Queensland was always the plan until COVID-19.  We will keep him ticking over and hopefully he gets the chance to win a Group 1.

“Whether that’s this season or as a 3yo at the Melbourne spring carnival, there are plenty of options.

“It was tough win first-up.  He just builds and builds and went to another level today.”

Spokesman charged through the line shouldering 59kg on a Heavy 8 at Warwick Farm.  “He’s got ability and did a great job off just the one trial last week,” jockey Nash Rawiller confirmed.  “We were three-wide without cover down the back but then got a nice cart into the race.

“I like him and it’s nice to get on a good one for Star Thoroughbreds.”

The Cooks kept a share in the syndicate and they have Calaluna back in foal to Press Statement.  Her dam It’s Not On (Tierce) is a half-sister to Champion Australian 2YO Victory Vein. 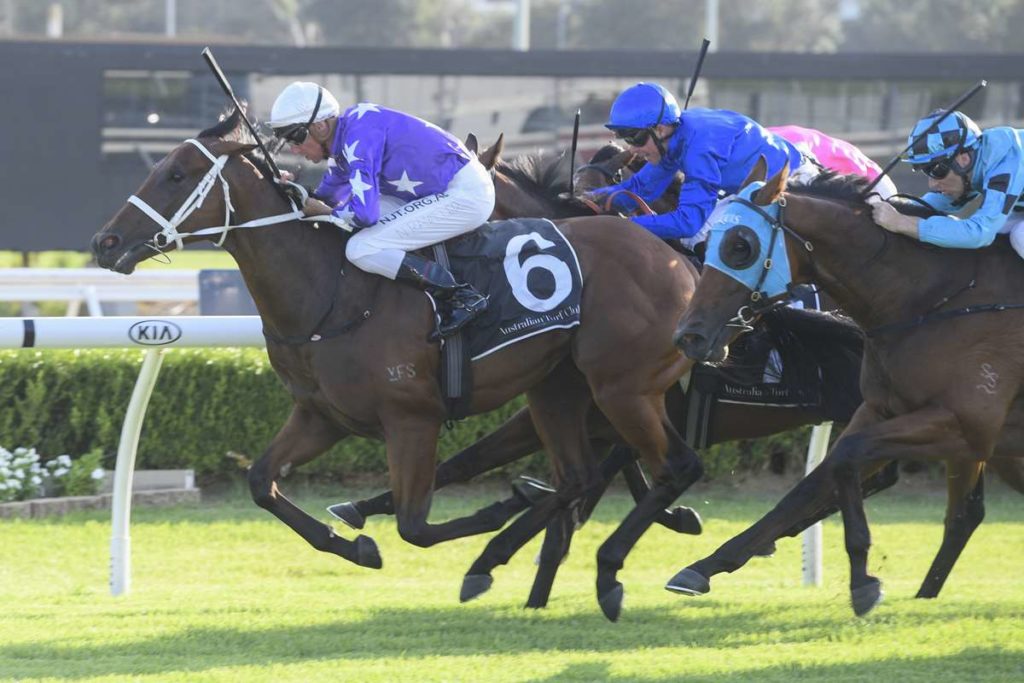