Vinery sire All Too Hard can sign off a record-breaking season when his Group 1 gallopers Behemoth and Frosted Gold return to action this Saturday.

Spring plans for Behemoth will hinge on the Lightning Stakes result for which he is a $2.80 pre-post favourite with the TAB.  “He’s in good order but isn’t too wound up at this stage,” trainer David Jolly told AAP this week.  “We’ve kept him ticking over at the beach and he’s going in fit and fresh.”

Jolly has an ambitious interstate program in mind following the Lightning and Spring Stakes Gr.3 second-up on August 17.  Top of his wish-list is the Memsie Stakes Gr.1 at Caulfield and inaugural $7.50 million Golden Eagle at Rosehill.

“He’s stronger and probably a bit bigger since going out for a break – not that he needed to fill out,” Jolly said when sizing up the giant gelding.  “We haven’t got to the bottom of him yet and Saturday will go a long way telling us whether he’s a dead-set sprinter or a miler in the making.”

Champion trainer Mike de Kock has thrown Frosted Gold in at the deep end of the Mercury Sprint.  It’s the ultimate sprint test at weight-for-age and the result often determines the Equus Champion Sprinter of South Africa.

Frosted Gold has won 3 times in 5 starts against his own age topped by a Group 2 victory in the SA Nursey at Turffontein in May.  He was conceived at Vinery in 2015 when All Too Hard covered French-bred mare Mary D’Or (Verglas) who is a sister to Prix Jean Prat Gr.1 winner Stormy River.

Roy’s Riviera can add more black-type to her CV in the Gold Bracelet Gr.2 at Greyville.  The All Too Hard filly won the East Coast Cup LR at the Durban venue in May.

All Too Hard has sired the winners of 185 races in Australia this season and he’s poised to go further ahead of the old third-crop record held by Smart Missile (180).  And in a positive sign for the future, his 2YO division has a better winning strike-rate than any other sire in the Australian Top 20 apart from Better Than Ready.

His Melbourne-based 2yo Can’t Be Done kicks off the weekend as the $2.15 favourite for the $150,000 Gold Ingot (1400m) at Caulfield on Saturday morning (11.55am).  The Danny O’Brien-trained youngster has been partnered by Jamie Mott in all four starts and has never finished further back than second.

“He’s done a terrific job this prep and it looks a nice race on Saturday,” Mott said.  “I rode him at trackwork on Tuesday morning and he’s improved in fitness.”

Can’t Be Done was a $120,000 buy for O’Brien at the 2018 Gold Coast Magic Millions.  He was beaten three-quarters of a length by Star Surprise last time out at Caulfield and is well-treated under the set-weight conditions of the Gold Ingot. 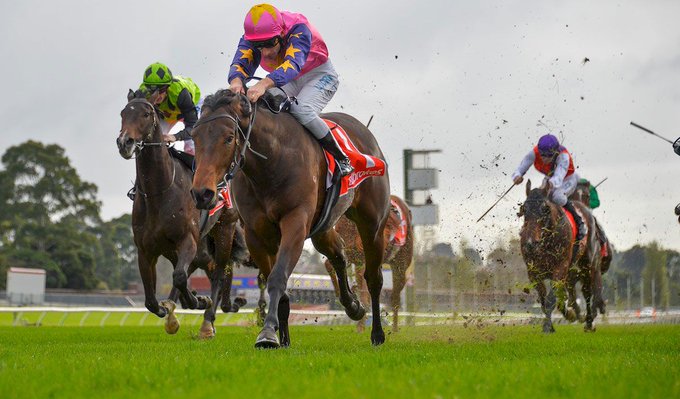