Wichita Linesman has won the G1 Star Of The Sand Stakes (1600m) in Macau just hours after the death of his sire Danehill Express.

The Sunspeed import settled on the pace and then sprinted to a winning lead to score by more than two lengths from Kelowna Star (NZ) and The Whirlwind (USA).  He has won 3 of his last 5 starts for owner Chan Yu Fung Bada and Thursday’s domestic Group 1 increased his earnings to the equivalent of AUD 236,750.

Wichita Linesman was catalogued by Mungrup Stud for the 2014 Perth Magic Millions but failed to reach a reserve of $30,000.  He won at Pinjarra and Kalgoorlie (2) for Dan Morton before transferring to Macau trainer K S Wong.

Danehill Express, who succumbed to a heart-attack at Mungrup Stud last Thursday, sired him from Icicles (Don’t Say Halo).  She was a Bunbury winner for Lex & Shirley Piper and arrived at the Great Southern nursery between her stakes winning half-brothers Storm Shot (LR Birthday Stakes) and Stormy’s Son (LR Grandstand Cup).

Icicles foaled 6 winners and Mungrup has kept a link through Choubain.  The Oratorio mare has a 2yo named What About Moses (Playing God) and he was placed in a Belmont trial for Steve Wolfe last month.  She foaled another Playing God colt on October 15. 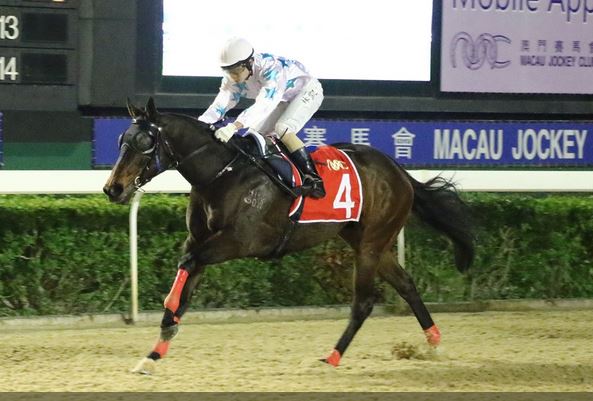