Trainers Toby and Trent Edmonds have a Sydney Group 1 on the radar for Vanna Girl following her smashing first-up victory in Brisbane on Saturday.

Vanna Girl looked a class above her rivals when launching a powerful sprint in the Pitcher Partners Hcp (1350m) at Doomben.  The Husson mare scored by over a length with something in hand from Constant Flight (Written Tycoon) and Cloak (Medaglia D’oro).

The Vinery graduate hadn’t been seen since a midfield finish in the Matriarch Stakes (Gr.3, 2000m) at Flemington in November.  Saturday’s win presaged a second trip south for the Coolmore Legacy Stakes (Gr.1, 1600m) at Randwick on April 17.

“She’s a bloody good mare but I was a bit nervous because all the rain meant she had already missed an intended start,” Toby Edmonds admitted.  “I just wanted to see her run well.  She went in a bit soft and had to carry 59kg.”

Vanna Girl drifted from $2.50 out to $3.70 and favourite punters would have been apprehensive when she settled second-last off an even speed set by Constant Flight.  Their fears eased when Robbie Fradd hooked wide on the home turn and let her loose in the straight.

“She looks great and we’re also looking forward to running her in some of the bigger races here in the winter,” Edmonds said.  “After the Coolmore, she will come back home for the Hollindale Stakes and hopefully the Doomben Cup.”

Vanna Girl was a $40,000 buy from Vinery (as agent) at the 2018 Inglis Classic Yearling Sale and she came of age at last year’s Brisbane winter carnival winning the Doomben Guineas LR, Pam O’Neill Stakes LR and Doomben Roses Gr.2.

Vinery has catalogued her Star Turn half-brother (Lot 394) for breeder John Robinson at the Inglis Easter Yearling Sale on Wednesday, April 7.  They are out of his Randwick winner Logan’s Choice (Redoute’s Choice) who is from the immediate family of Champion Australian 3YO Naturalism and Queensland Oaks Gr.1 winner Crystal Palace.

Logan’s Choice has a Star Turn 2yo filly named Kapanku.  She made $100,000 at the 2020 Inglis Easter 2 Yearling Sale when purchased by Phillip Stokes for Ben Cooper who owns Merricks Station on the Mornington Peninsula. 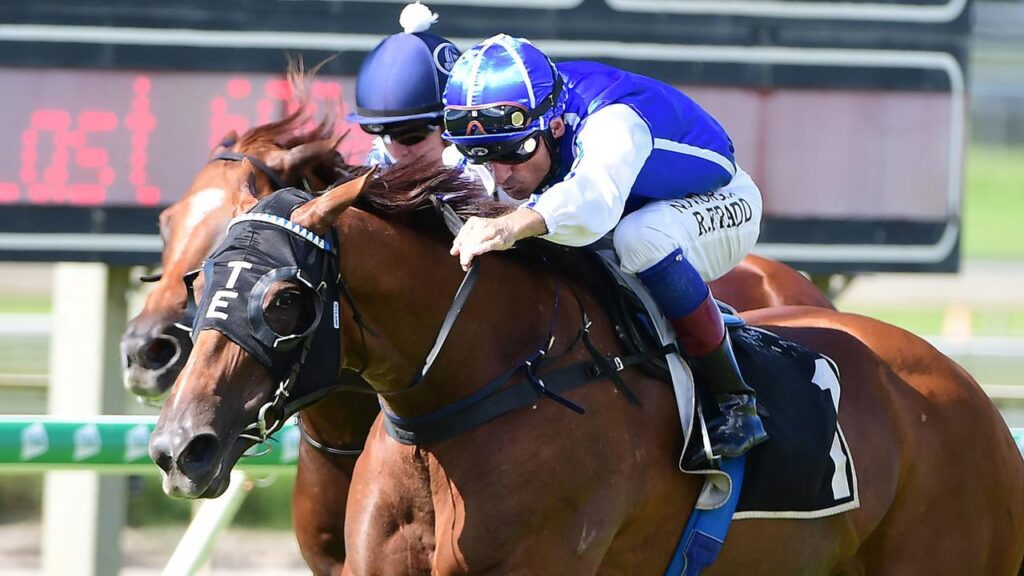