All Too Hard rolls out the first of his big guns for the spring carnival when dual Group 1 winner Behemoth resumes in the Spring Stakes (Gr.3, 1200m) at Morphettville on Saturday.

He won the home-town dress-rehearsal last year ahead of an interstate Group 1 double in the Memsie Stakes and Sir Rupert Clarke Stakes over 1400m at Caulfield.  Defending them is the goal again before stepping up to the Cantala Stakes (Gr.1, 1600m) at Flemington.

Behemoth won a Balaklava trial on August 2 and was given another hit-out between races at Murray Bridge last weekend.  “I’m very happy with him,” trainer David Jolly said.  “I just wanted to give him a gallop and a look around last Saturday even though he had trialled on Monday.

“He will be ready for the Spring Stakes.”  Bookmakers agreed when fixed-odds markets opened earlier this week.  They posted him in red figures at $1.95 with Beau Rossa a definite danger at $2.40.

Jolly booked Kayla Crowther to take over on the 17hh giant when regular rider Todd Pannell was committed to Beau Rossa.  “We’re happy to have Kayla,” he said.  “She has done a lot of work behind the scenes and rode him in a race early on.”

Besides Behemoth, All Too Hard Group 1 winners Forbidden Love and Alligator Blood will also kick-start their spring campaign this month.

Forbidden Love won the Surround Stakes (Gr.1, 1400m) at Randwick in February and she stretched out nicely at the Randwick trials last Friday.  “She’s carrying a bit of extra condition, so she might take a run or two to have her back to her top,” co-trainer Michael Freedman said.  “She’s got a fairly long campaign – her grand finals don’t come up until late in October.

“She will run first-up in the Toy Show Quality (Gr.3, 1100m) at Randwick on Saturday week and head through the Princess Series towards The Invitation and Golden Eagle.”

All Too Hard trailblazer Alligator Blood was last seen in the 2020 Golden Eagle and he’s on track for a comeback in a fortnight.  Sidelined with kissing spines, he’s slated to reappear in The Goldmarket (LR, 1200m) at the Gold Coast on August 27.

“The back surgery definitely seems to have worked, he’s free as a bird in his action,” trainer Billy Healey reported this week.  “He’s thriving and looks incredible.  He’s more relaxed and comfortable once he gets to know you a bit.  I’m very grateful to the owners for their decision to give us a go.”

Alligator Blood won the 2020 Australian Guineas (Gr.1, 1600m) at Flemington when prepared by David Vandyke.  COVID-19 prevented a planned transfer to Tulloch Lodge in Sydney and Healey stepped up to the challenge.

Like Vandyke, Healey, 24, is based on the Sunshine Coast and isn’t daunted by the pressure of a Group 1 campaign in Melbourne.  “The Rupert Clarke is the one that stands out and the Toorak is the other obvious goal,” he continued.  “He holds a nomination for the Cox Plate but would have to win at least once at Caulfield to line up at Moonee Valley.”

All Too Hard’s off-shore Group 1 winners Wellington and Hard Too Think have more Group 1 targets later this year.  Wellington heads to the Hong Kong Sprint (Gr.1, 1200m) in December while Hard Too Think is being set for the Singapore Gold Cup (Gr.1, 2000m) in November.

The Vinery champion was a Top 10 stallion across-the-board in Australia last season when his flourishing winner-base was topped by the winners of 11 Stakes races.  He’s the only Top 10 stallion available for less than $77,000 this season. 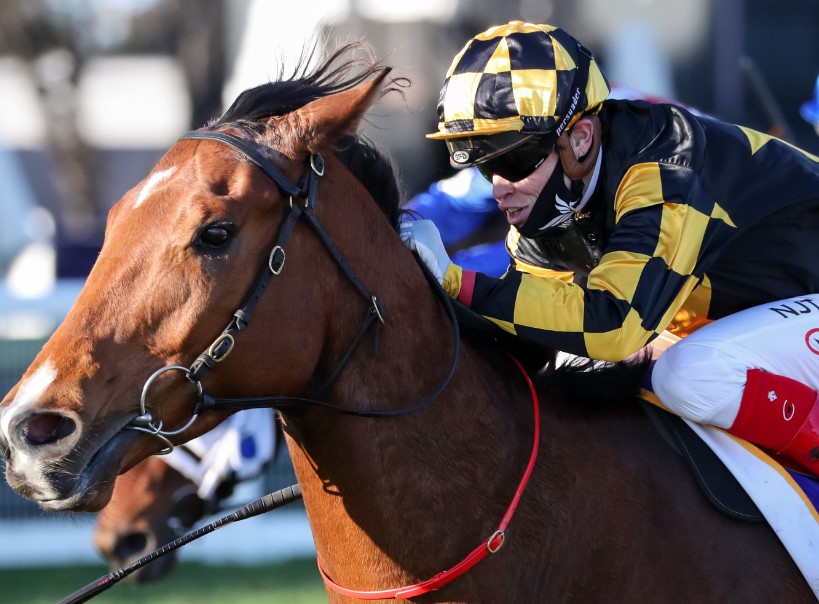