The Criterium International at Saint-Cloud has been an important target for Darley and Coolmore for many years.  It’s the final Group 1 of the year on the European juvenile calendar and has been dominated by the industry heavyweights.

Like Vert De Grece in 2014, Van Gogh won his maiden in Ireland before heading to Paris.  And both colts cleared out to score by four lengths at Saint-Cloud.

Those stats speak volumes for Vert De Grece.  He’s a son of Verglas who shuttled to WA for two seasons siring 13 stakes horses at a 60% winning strike-rate.  “I signed Verglas to stand out here but Vert De Grece was a superior racehorse,” agent John Chalmers claimed.  “He has more length and overall strength than his sire and his turn of foot was nothing short of amazing to win the Criterium International.”

“The numbers have been solid for Vert De Grece this season and that’s a positive sign for a stallion serving his fourth book,” Geisel Park manager Conor Dunlop reported.  “Green and Shady is his only 2yo to trial so far and he was placed at Lark Hill last month.

“He covered Regal Gossip and Zeinite before Saturday’s Criterium International and his fertility is averaging 90%.” 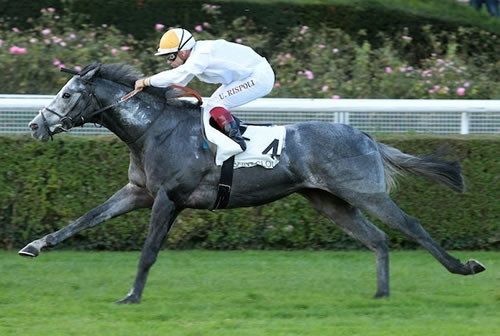