Moss ‘N’ Dale relished Heavy 9 conditions at Randwick on Saturday to win at weight-for-age in the G3 Craven Plate (2000m).

The widely-travelled, Kiwi-bred galloper had won at Morphettville and Moonee Valley before travelling to Sydney last week. “He’s a gun,” stable manager Manny Gelagotis declared. “It was a big test at weight-for-age but he couldn’t have worked any better since arriving here. He loves wet tracks and I can’t wait to get back to Sydney with him for the autumn carnival.”

Moss ‘N’ Dale was purchased privately in New Zealand by Bluegrass Bloodstock (FBAA) agent Lenny Russo and he led the celebrations with a high-spirited group of owners in front of a 40,000 crowd at Randwick for The Everest.

“We knew there was a good race in him,” Russo said. “He’s getting better with age and Saturday’s win was another big thrill for everyone in the syndicate.”

Moss ‘N’ Dale (6g Castledale – Hot ‘n’ Moss by Strategic Image) was always travelling like a winner in running for apprentice Jack Martin. The victory improved his record to 14 wins in 31 starts since claiming a Mornington maiden in December 2015.

Russo sourced the Craven Plate winner from Te Runga Stud where he worked during a learning curve in New Zealand. And studmaster Wayne Larsen kept a share in the gelding who has now earned over $930,000.

“He’s from a colonial family that only gets better with age and maturity so I would expect he is probably only reaching his prime now,” Larsen predicted. “He has pushed Group horses on a number of occasions so we knew our fella could certainly match it at that level.”

Moss ‘N’ Dale’s younger brother Moss ‘N’ Bolt won his maiden at Bairnsdale last season for the same syndicate and he’s ready to return to training with Peter Gelagotis. “I’ve also got their two-year-old full brother and he will likely head over the Tasman in the autumn,” Larsen said. “He’s showing the family ability and will most likely race in a similar ownership to the other two as there is plenty of interest from people about him and how he is going.

“Their dam Hot ‘N’ Moss foaled another colt about a month ago and he’s a cracker with plenty of leg about him. I’m sending the mare to Cambridge Stud in the coming weeks to be served by Almanzor.” 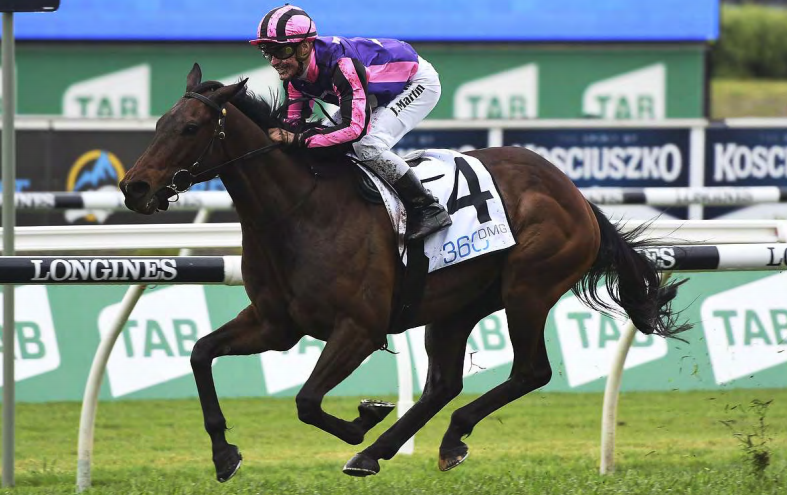