Hard Ruler has relished a move from Melbourne to Brisbane and now she’s gunning for a hat-trick before a feature race assignment in July.

The All Too Hard filly won at the Sunshine Coast on June 10 and doubled up in the Events at BRC Hcp (1650m) at Doomben on Wednesday.  She zoomed down the outside on a Soft 6 surface to score by two lengths from Mewstone Rock (Fastnet Rock) and Heat Shield (Northern Meteor).

“She will have one more run here and then head down to the Grafton Guineas before going out for a well-deserved spell,” trainer Chris Munce said.  “A mile is ideal.  She relaxes and can unleash a strong finish.”

The Clarence River Jockey Club has increased the Grafton Guineas prizemoney to $80,000 for this year’s edition on Wednesday, July 11.

Hard Ruler (3f All Too Hard – Legislature by More Than Ready) was bred by Vinery and is raced by Serene Bloodstock owner Les Tinkler.  She’s from a sister to Carry On Cutie (AJC Champagne Stakes Gr.1) and won a Sale maiden last year before transferring north in April.

Legislature has a yearling colt by All Too Hard and her final foal is a weanling colt by Headwater.

“She raced well for Mick Price in Melbourne but has really taken to the Queensland climate,” Munce said.  “She’s very adaptable and did very well since Caloundra where she won impressively.”

The Doomben result was also one to remember for stablehand Mandy Bargo.  It was her first day at the races strapping Hard Ruler.

In another positive update for All Too Hard, his blueblood filly Divanation has been nommed for a Benchmark 70 Hcp (1800m) at Morphettville this Saturday.  The daughter of Melbourne Cup legend Makybe Diva scored a headline-grabbing win on debut at Werribee last month.

“She’s got a really bright future,” trained Tony McEvoy claimed.  “The owners have been very patient and that’s helped.  We will give her another break after Saturday and bring her back later this year.  That will set her up for a pretty big autumn.”

All Too Hard, who stands for a $33,000 fee at Vinery, can notch another win in New Zealand this Saturday when Copper Mine races first-up at Ruakaka.  He had been very impressive at the trials but failed to let down on a Good 2 at his only start at Te Teko in March. 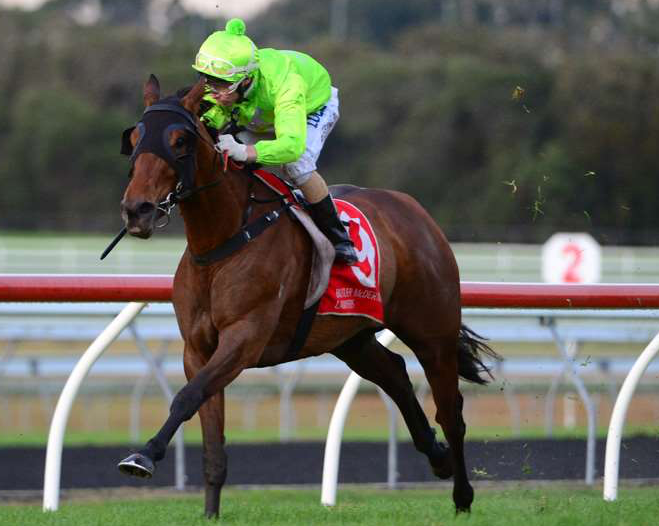