Headwater achieved his best result at public auction when the colt from Prison Rules made $200,000 at the Magic Millions 2YO Sale on the Gold Coast.

“We bought him from the Classic Sale for $11,000 and there was plenty of interest from local and international buyers here,” Symphony Lodge owner Matthew Park said.  “Whenever we brought him out of the box, other buyers would walk up and want to inspect him, too.

“He’s a cracking individual and ticks all the boxes.  The new owners told me he will be set for the first running of a 2YO race in China next year.”

The China Horse Owners Alliance recently announced the new juvenile race over 1200m will be worth RMB 3 million (AUD 626,585)

The colt will be trained by NZ-expat Quinton Cassidy in Shanxi Province.  “He was a priority buy and we will have about 30 horses in work for Mr Tao at Yulong Racecourse,” Cassidy said.  “He will spell at Yulong in Victoria and go to China in February.”

Fellow Vinery sires More Than Ready and Press Statement were also represented by six-figure colts on the Gold Coast.

More Than Ready’s younger brother to Kooweerup from Baramul Stud was targeted by Edward Cummings for $120,000.  “This colt can gallop,” Cummings said.  “It was a slick breeze-up and his pedigree is replete with Group 1 black-type.” 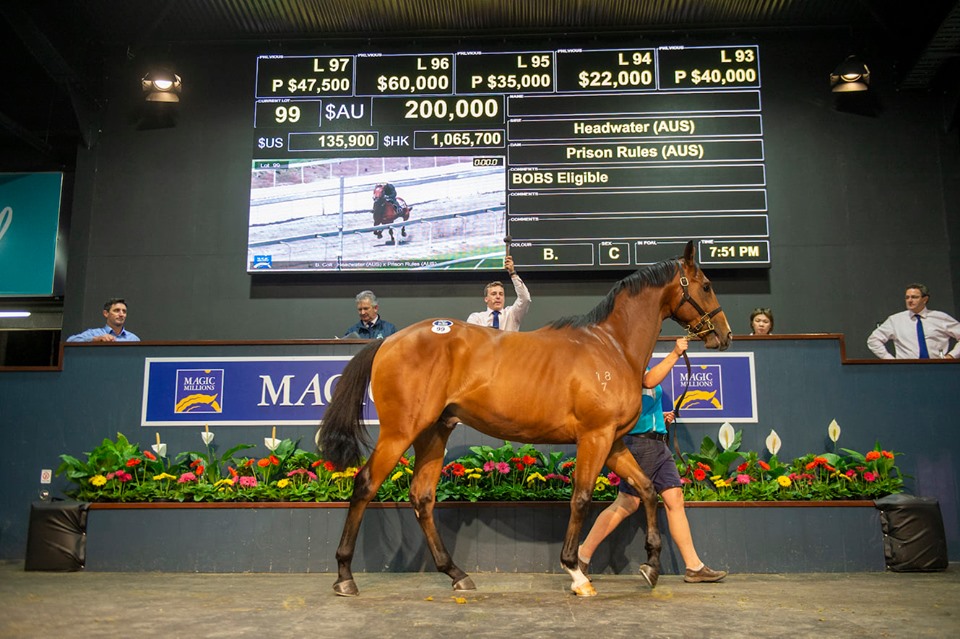