The Tatura couple have entered her Foxwedge full-sister for Oaklands and she has been catalogued as Lot 365 on Day 3 of the Sale.

Volpe Veloce extended her unbeaten record to five wins from five starts in the Group 3 Eulogy Stakes (1600m) at Awapuni on Saturday.  Making the most of a perfect one-out and one-back trail, she hit top gear in the straight and drew away to score by over a length.

Trainer Graeme Richardson reckons the filly could get out to 2400m but is in two minds where to head next.  “I will monitor her over the next week before making a decision,” he said.  “There’s the Eight Carat Classic (1600m) at Ellerslie on Boxing Day or the Levin Classic (1600m) at Trentham in January.”

The Johnsons bought her dam Bardego (Barathea) after being among the underbidders for two of her weanlings that were eventually knocked down for $120,000 and $155,000 at the Magic Millions National Sale.

“We missed out on her foals so the next best thing was the buy the mare,” Kayley Johnson said on Monday.

“Volpe Veloce is increasing the family’s value and her younger sister is built in the same mould.  Bardego has a Helmet filly on the ground and we decided to give her a year off this season.”

Rushton Park has 20 yearlings catalogued for the 2017 Melbourne Premier and, besides the Foxwedge filly, Kayley’s other highlights are the Snitzel – Bright Heart colt (Lot 393) and Medaglia d’Oro – Celsius filly (Lot 407). 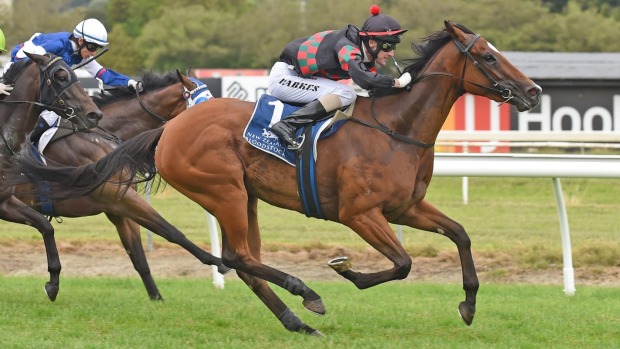