Iffraaj was represented by his first southern stakes winner at Wanganui on Saturday with Karaka graduate Twilight Granita in the Listed Fordell O’Leary Fillies Stakes.

He also filled out the quinella when game filly Kisses went down by a nose in the 1200m feature for fillies.

Iffraaj (Zafonic) is based at Darley’s Kildangan Stud and shuttles to Haunui Farm.   He was a  G2 winner of the Lennox Stakes at Goodwood and Park Stakes at York.  He was also beaten a head when runner-up to Les Arcs in the G1 July Cup at Newmarket.

Twilight Granita (3f Iffraaj – La Marmalade by Marscay) was a maiden before breaking through in Listed company but she has been a model of consistency with 6 placings in her first 8 starts including the LR Great Northern Foal Stakes, LR Champagne Stakes and LR Wentwood Grange Stakes.

Bred and offered by Lime Country Thoroughbreds, Twilight Granita was purchased by trainer Murray Baker for $41,000 at the NZ Bloodstock 2011 Karaka Select Sale.  She carries a nomination for the G1 NZ Bloodstock 1000 Guineas in November.

“Iffraaj has made a really positive start to the season,” Haunui Farm manager Mark Chitty said.  “The three-year-old classic season is the time you want to see a stallion’s progeny winning and getting a black-type quinella is a good start.

“His progeny have been purchased by a number of top judges and he has sired 8 individual three-year-old winners so far this season.  He also has a smart one in Singapore named Empire Bay with Michael Freedman.  He won on debut by over six lengths and is being aimed at black-type later this month so it’s exciting times for Iffraaj.” 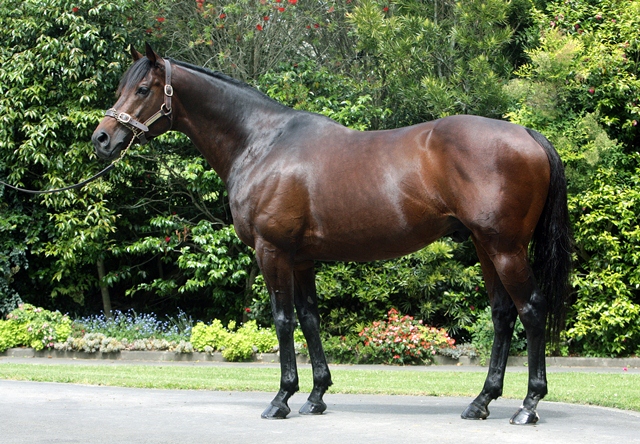