The 2016 Inglis Great Southern Sale went right down to the wire on Wednesday when Mihalic – the last lot of the supplementary catalogue – topped proceedings at $310,000 from Supreme Thoroughbreds.

Mihalic (Lot 905) is a three year-old Hard Spun filly who won the LR Maribyrnong Trial Stakes at two before adding more black-type this season.  Her family is on the move as evidenced by her yearling half-brother by Reward For Effort selling for $380,000 at the Inglis Premier Sale to China Horse Club.

“It’s safe to say this sale has truly come of age,” Inglis Victorian bloodstock manager Simon Vivian said.  “I was so pleasing to see every session record big increases in aggregate.”

“The support we have received from our vendors has been rewarded with outstanding competition from buyers, leading to a most successful and enjoyable sale.”

Prior to the race fillies off the track, stakes producing Cobbley topped the mares section at $110,000.  The Falbrav mare was sold to the Thoroughbred Union with a stud record that comprises Group 2 placegetter Get That Jive and recent two-year-old debut winner Cobbmore. 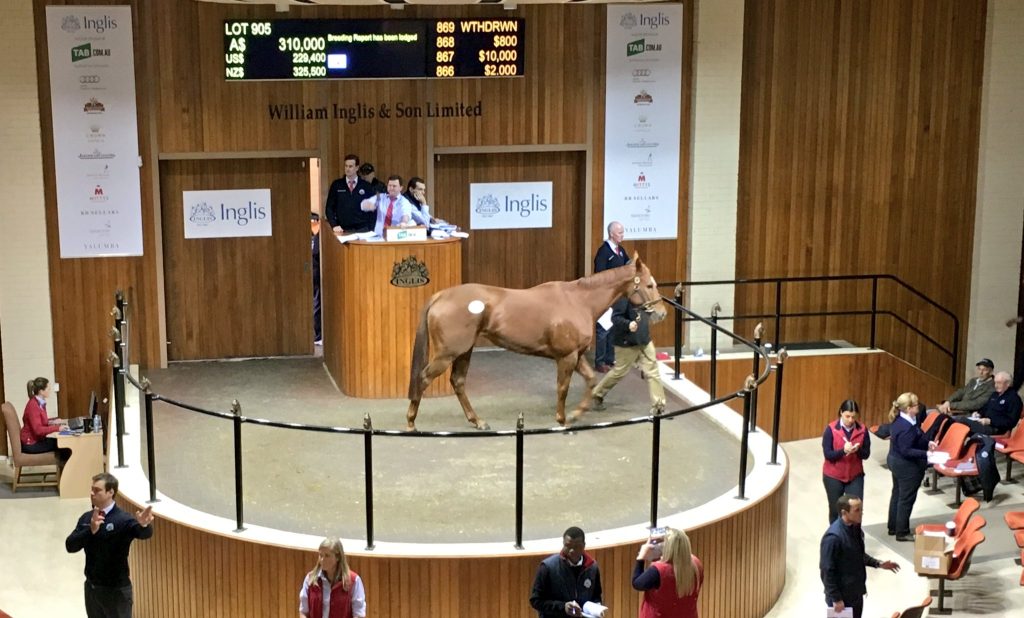