Jamaea has several spring options at Group 1 level in the wake of her stunning last-to-first victory in Furious Stakes (Gr.2, 1200m) at Randwick.

The 3yo daughter of Vinery champion Headwater let loose with an awesome finishing sprint to claim the second-leg of the Princess Series on Saturday.  Her connections will shortly make the call whether to take on the colts in the Golden Rose Stakes Gr.1 on September 25 or continue against her own sex leading up to the Flight Stakes Gr.1 on October 2.

Despite a Group 2 to her credit in the Percy Sykes Stakes at Randwick in April, the underrated filly went out as one of the outsiders in a deep field of Stakes-winning fillies.  “I didn’t surprise us – we though she would measure up,” co-trainer Luke Price said.  “She switches off when ridden quietly and will run the 1400m right out in the Golden Rose.  She has some sass about her and is such a nice filly that she deserves a chance against the boys.”

Jamaea also holds a Group 1 nomination for the Thousand Guineas (Gr.1, 1600m) in Melbourne on October 13 and she’s eligible for the $2million Magic Millions 3YO Guineas (RL, 1400m) on the Gold Coast in January.

Stand-in jockey Brock Ryan timed her Furious finish to perfection to nail Robodira (Husson) in the last stride.  “I was a little bit worried when we were on the back of horses that weren’t going to take us into the race.  I pushed out and luckily I was on the filly with the best turn of foot in the race.

“Luke has got her flying this prep.  Even better than she was as a two-year-old.  The way her racing pattern is going these days, I think there is no problem going further.”

Jamaea has now earned $890,740 for owners Bruce and Ken Noble.  She was a $130,000 yearling buy for the brothers from Cressfield at the 2020 Gold Coast Magic Millions.  Her dam Isibaeva (Johannesburg) won a Bow Mistress Stakes Gr.3 and her final two foals are colts by All Too Hard.

Headwater (9) has taken an early lead on the Australian third-crop winners table from Vancouver (8) and Rich Enuff (8).  He was Australia’s Champion second-season sire in 2020-21 and shared the Australian first-season winners’ premiership in 2019-20. 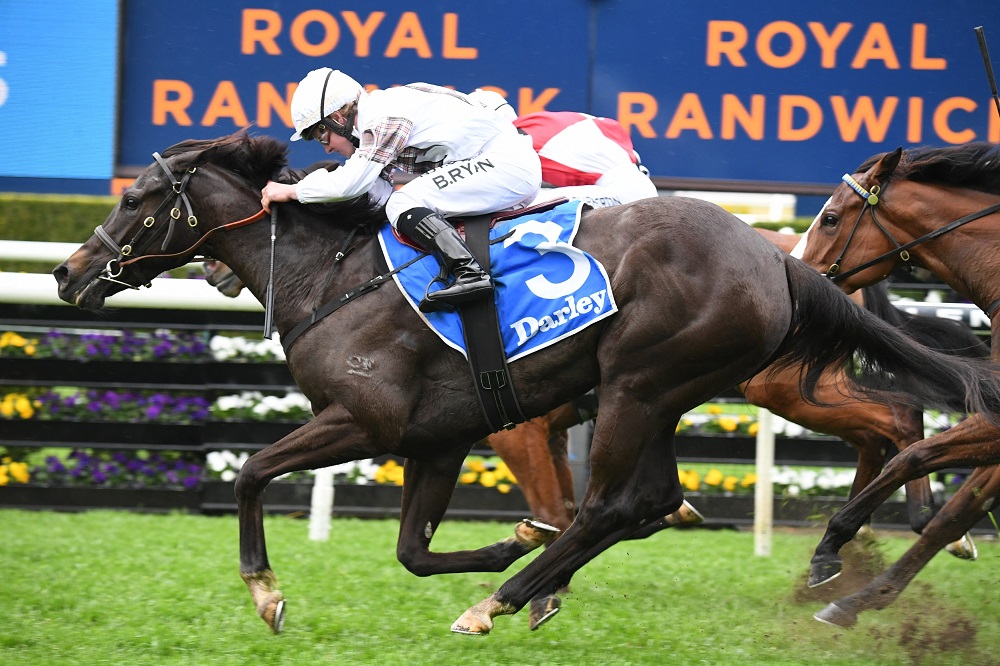