South Australian breeders Geoff and Christine Tucker have been amply rewarded for supporting Headwater since he retired to Vinery Stud.

Joyful Mood was one of four winners piloted by Zac Purton at Happy Valley on Wednesday evening.  He was sent off a $3.10 favourite in the Tsui Lok Hcp (1200m) following a promising third on debut last month and was always in control to defeat Street Scream (Street Boss) and Flaming Eagle (More Than Ready).

“Zac gave him a good ride in front and he will be better next season when he gets stronger and more mature,” trainer Manfred Man predicted.

Joyful Mood sold for $80,000 at the 2020 Inglis Melbourne Premier and he was runner-up to Pizarro (All Too Hard) in a Randwick trial last year before shipping off-shore.  His dam Brave Journey (Good Journey) won three sprints at Morphettville in 2014 and the Tuckers have catalogued her Pariah filly as Lot 60 at the Adelaide Magic Millions Yearling Sale next Tuesday, March 15.

They also have a colt by More Than Ready (USA) catalogued as Lot 451 among a consignment of 8 yearlings being offered under Little Hills Pastoral.  The Vinery legend sired him from Winter In Seattle (Dylan Thomas) who is a three-quarter-sister to Moonee Valley Group 2 winner California Dane.

Headwater had a filly sell for $170,000 to Te Akau Racing’s David Ellis at the NZB Karaka Yearling Sale on Monday.  Her dam Convene (Zizou) is a half-sister to Flemington Group 1 winner Headway and she unearthed another potential star for the family earlier this season in the shape of her unbeaten 3yo Scribe.

Scribe is a son of Vinery sire Press Statement and he was pre-post favourite for the Karaka Million 3yo Classic (LR, 1600m) in January but was purchased by clients of David Hayes and sent to Hong Kong last month after wins at New Plymouth and Te Rapa.

He was pin-hooked by Carlaw Park’s Nick Fairweather and so was the filly by Headwater.  “She’s an outstanding individual and was very well-liked during pre-sale inspections,” Fairweather said.  “She’s one of the nicest fillies I’ve ever pinhooked.”

Convene is owned by Vinery and she foaled a colt by Press Statement in October before being bred back to Headwater. 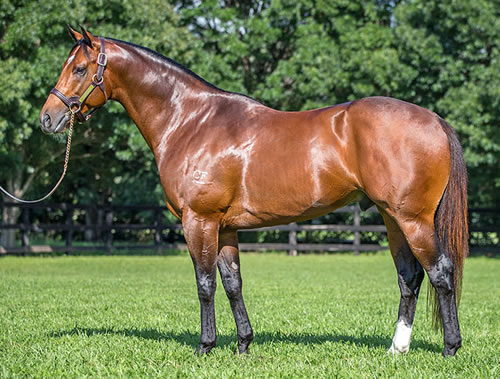