Justify That has always been a favourite around Peter Moody’s Strathalbyn stables even though the gelding endured a long run of outs before an overdue win at Morphettville on Saturday.

The six year-old sprinter had been winless since October 2012 but connections never lost faith in the durable son of Greta West Stud sire King Of Prussia.  “We sent him up to Darwin last year and he came back in pretty ordinary condition,” Moody said.  “It’s taken us a long time to get him right.”

Justify That (6g King of Prussia – Duty With Honour by West Point) improved his record to 9 wins and over $280,000 in prizemoney in the Dawn Of Planet Of Apes Hcp (1400m) on Saturday.   “He hasn’t really had a lot of luck with bad draws,” Moody said.  “If you look at his form right from the start, he’s been a consistent horse and never been beaten by much.”

One of his best efforts was in defeat when beaten three lengths at Group 1 level by Platelet in the 2013 Goodwood Hcp.   He also finishing third in the 2012 Pioneer Sprint which is the premier speed event in Alice Springs.

Justify That is raced by a partnership that includes Moody’s son Nigel and Craig Reid.  Moody trained in Alice Springs for 30 years and Nigel took over the stables after his parents left the Red Centre in 2004.

King of Prussia (Anabaa) is nearing the 400 wins milestone at a 60% strike-rate.  His leading earner this season has been the Rod Symons trained two year-old Jarka.  He won second time out at Cranbourne and then finished second to top filly Eloping in the $250,000 VOBIS Gold Rush at Bendigo.

Greta West stands King of Prussia for a $2,200 (inc gst) service fee alongside God’s Own and Keep The Faith.  He’s a no-nonsense option for owner-breeders searching for a sire who can get talented stock that train on and on. 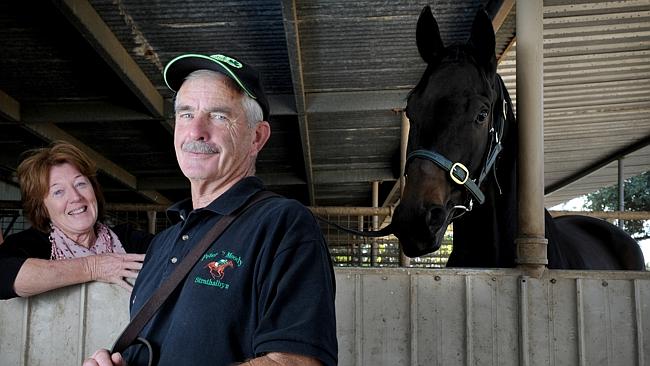