Adelaide trainers Richard & Chantelle Jolly reckon their Headwater sprinter Karacasu has earned a crack at some black-type in Melbourne next month.

Karacasu is ready for a trip interstate following a four-length victory shouldering 61kg in the Elders Hcp (1200m) at Morphettville on Saturday.  He was a class above the beaten division and will be set for the VRC Creswick Stakes (LR, 1200m) at Flemington on June 18.

“He carried a big weight but he’s a big horse and showed a bit of quality,” Richard Jolly said.  “It’s good to have him back right.”

Karacasu (3g Headwater – Miss Cooper by Medaglia D’oro) had been a Group 3 runner-up twice at the 2021 Adelaide carnival and was in training for this year’s carnival when a stone bruise derailed his program.

“He was sore for about a month and just wasn’t fit enough for the (Gr.2) Tobin Bronze,” Jolly recalled.  “That was the day Craig Williams dropped anchor on Seradess.  He needs the speed on and that pattern wasn’t suitable.

“The Creswick down the straight is the likely race although he’s probably better around a bend.”

Karacasu is the third city winner for the stable by Vinery sire Headwater following Aitch Two Oh in the Without Fear Stakes (LR, 1050m) and Keep Reading who is destined for Hong Kong.

He was bred by Cornerstone Stud and sold by Vinery for $160,000 at the 2020 Gold Coast Magic Millions.  “We’ve had good luck with the Headwaters,” Jolly said earlier this year.  “Every one that we’ve purchased has won so we will keep buying them.”

Jolly was keen to buy Karacasu’s full-sister at this year’s Adelaide Magic Millions but was underbidder to agent Suman Hedge who had final say at $220,000.

Their dam Miss Cooper hails from a top-class Contract Racing family for David and Jenny Moodie.  She was a winner at Sandown and Moonee Valley and second-dam Miss Kournikova (Mr. Greeley) was a Group 1 winner of the 2001 Oakleigh Plate (1100m) at Caulfield.

Headwater (Exceed And Excel) won titles in his first and second seasons at stud and he’s back in the mix for third-crop honours this season in the winners (65) and prizemoney ($4.1million) premierships. 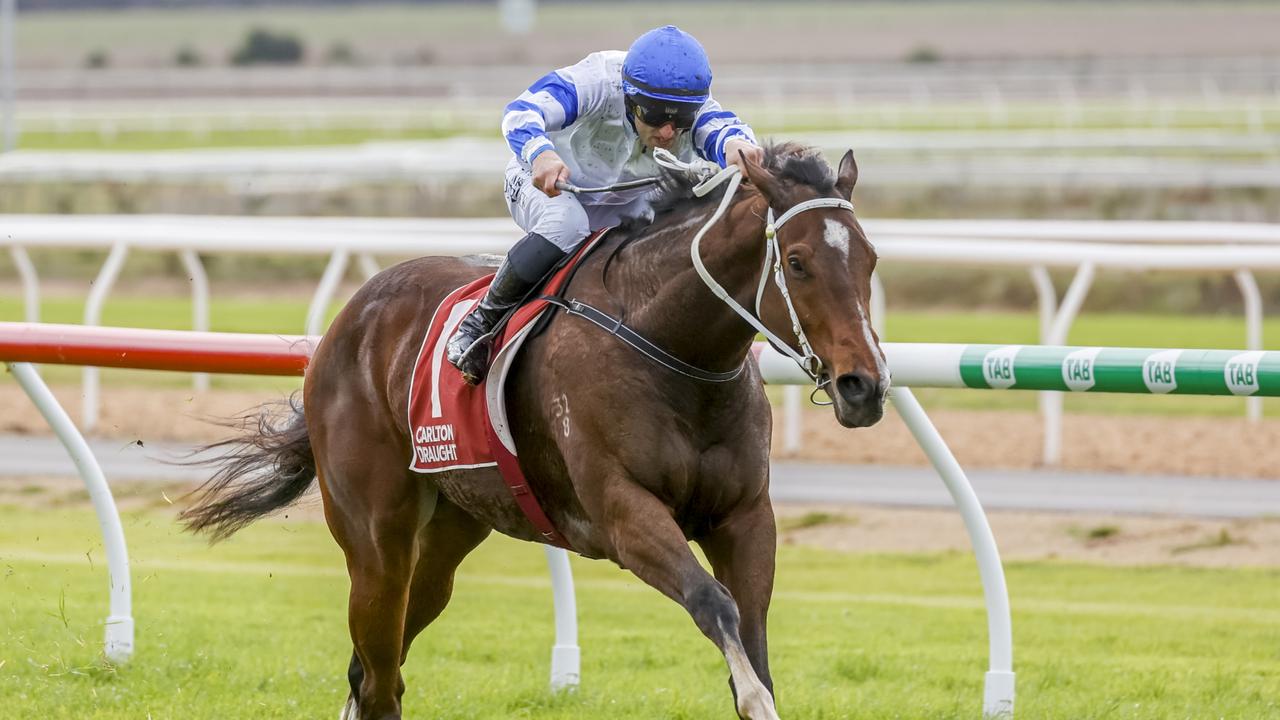