Scenic Lodge sire Snippetson came up a neck short with Tinsnip in the 2019 Karrakatta Plate but he’s right on track to go one better with Gemma’s Son this year.

Tinsnip was the leading juvenile from Snippetson’s first crop conceived in WA, however, it would be fair to say he’s not in the same league as Gemma’s Son who stretched his unbeaten record in the LR Perth Stakes (1100m) at Ascot on Saturday.

Back in action following a dominant victory in the Magic Millions 2yo Classic RL at Pinjarra on February 8, he cruised home by two lengths under Paul Harvey who completed the Perth Stakes – Karrakatta double with Lucky Street in 2015.

TABtouch reacted by firming the David Harrison-trained colt into a $2.40 favourite for the G2 Karrakatta Plate (1200m) on April 4.

“He’s put on a bit of weight since the Magic Millions so there’s probably more improvement in him,” Harrison predicted.  “He looked a real athlete as a yearling and is a natural 2yo who will eventually get a mile.”

He’s owned by a syndicate that includes Harrison’s wife Jenny, Ron O’Malley, Gerald Ryan, Graham & Megan Donovan, Keith & Carol Holly and Lex & Shirley Piper and they will be racing for first prizemoney of $295,000 in the Karrakatta.

His youngster sister was a $42,500 buy for Roy Rogers at last month’s Perth Magic Millions and their dam Princess Gemma (Dr Fong) won at all four Sydney tracks up to 2000m 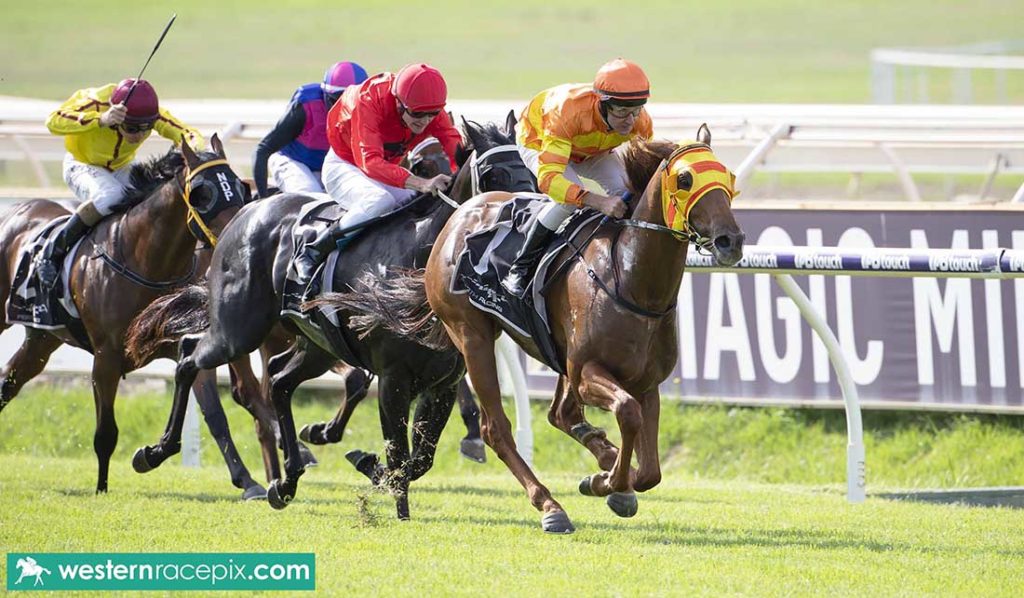