Ima Single Man (Gingerbread Man) was purchased for an undisclosed price this week by Apollo Ng acting as agent for a client in Hong Kong. He won on debut at Ascot in March before staking a claim for Champion WA 2YO honours in a blanket finish to the Karrakatta on April 4.

Burns is bloodstock advisor to Yarradale owner Ron Sayers and the sale comes a month after Magic Millions announced Apollo Ng had purchased Eric The Eel (Olympic Glory) to continue his career in Hong Kong.

Eric The Eel was placed in the G1 Australian Derby at Randwick a few hours before the Karrakatta and will be trained by Danny Shum.

Hong Kong agents have targeted several Perth prospects recently including RL Magic Millions 3yo Trophy winner Cryptic Wonder (My Admiration).  He was exported on May 4.

Last-start LR J C Roberts Stakes winner Talladega (Sebring), bred, part-owned and trained by Impressive Racing’s Darren McAuliffe, was sold to clients of David Hayes who is about to leave Lindsay Park for second spell in Hong Kong.  “I told them to put money on the table and there was some haggling after their original bid,” McAuliffe said. “We finally settled on $1.4 million.”

Promising sprinter Son Of A God (Playing God) is another Perth 3yo in the spotlight following his fourth win in a row at Ascot on Easter Saturday. South-west breeder Shaun Maiden has already turned down a sizeable offer but that interest will escalate if he nails a picket-fence in the Crown Perth Hcp (1000m) at Belmont this Saturday.

Meanwhile, Yarradale retains several links with Ima Single Man including his older full-brother Double Spice who was placed on debut at Pinjarra last month. Rated highly by trainer Stephen Miller, he is raced by Sayers in partnership with Oliver Kiddie and Legend Mining’s Mark Wilson.

Their dam Single Spice (Not A Single Doubt) has a Gingerbread Man filly foal at Gidgegannup and Sayers also retained an interest in the mare’s Frost Giant filly Ahyoka Frost (Frost Giant) who won at Ascot for trainer Stefan Vahala late last year.

Gingerbread Man’s Group 1 performer Achernar Star is poised to break through in Victoria for trainer Lindsey Smith this weekend. He is coming off a narrow last-start loss at Flemington and will shoulder 61.5kg in the Swan Hill Cup (1600m) on Sunday. 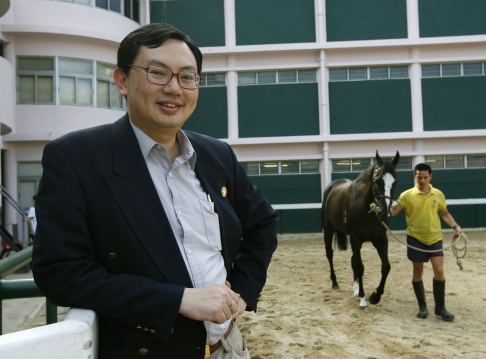