The lightly-raced 3yo gelding could have ventured to Sydney for The Championships but stayed home for a storming victory in the Group 3 Manawatu Classic (2000m) at Awapuni.  He is trained by Lance O’Sullivan & Andrew Scott and carries the same grey and blue colours as champion sprinter Mufhasa.

Charles Road is the 14th stakes winner by Myboycharlie.

“He’s a nice horse and it’s a bit of a relief because he’s been up for a long time,” owner David Archer said.  “Australia didn’t happen but we will have a good horse to go there next season.”

Charles Road (3g Myboycharlie – Giant Mystique by Giant’s Causeway) had won a Tauranga maiden by 4 lengths in January and was then runner-up to Gingernuts in the G2 Avondale Guineas (2000m).  He finished sixth to the same galloper in the G1 NZ Derby (2400m) before dropping back in distance on Saturday.

Gingernuts and Jon Snow have upheld the NZ Derby form in Sydney.  “We’ve had a lot of discussions with Lance and Andrew about Australia,” Archer added.  “He’s come to the end of it this time so it was a gutsy win today.”

Charles Road was a $90,000 buy for Archer and his wife Diane at the 2015 NZB Karaka yearling sale.  His dam is an unraced half-sister to Singapore’s Group 1 champion War Affair (O’Reilly).

Myboycharlie mare Jameka captured her third Group 1 in the BMW at Rosehill last Saturday but came down with travel sickness on the trip back home to Caulfield and has been spelled.

The Vinery sire unearthed a couple of promising maiden winners in Australia and France this week.

Myboycharlie filly Jaclyn blitzed a Murray Bridge juvenile field on Wednesday.  The David Jolly trained debutante started an odds-on favourite and never gave the others a look-in during a front-running, three-length victory.

She is the fifth foal out of Little Zeta (Commands) who has a perfect record for Victorian breeder Richard Hannon.  Four of the mare’s winners are by Myboycharlie and she’s also the dam of Flemington stakes winner Onemorezeta, a daughter of former Vinery sire Onemorenomore.

Myboycharlie filly Rebecca won first-up in the Prix de Conflans Sainte Honorine (1700m) at Maisons-Laffitte on Friday.  She is trained by Alex Pantell and is the first foal of Jules J (Action This Day) who won in France for Pantell before transferring to North America.

Vinery has catalogued a Myboycharlie colt from Carnegie Minstrel as Lot 406 for the Inglis Easter yearling sale this coming Thursday, April 6.  He’s a half-brother to Morvada (Mossman) who is being set for the Group 1 South Australian Derby in May. 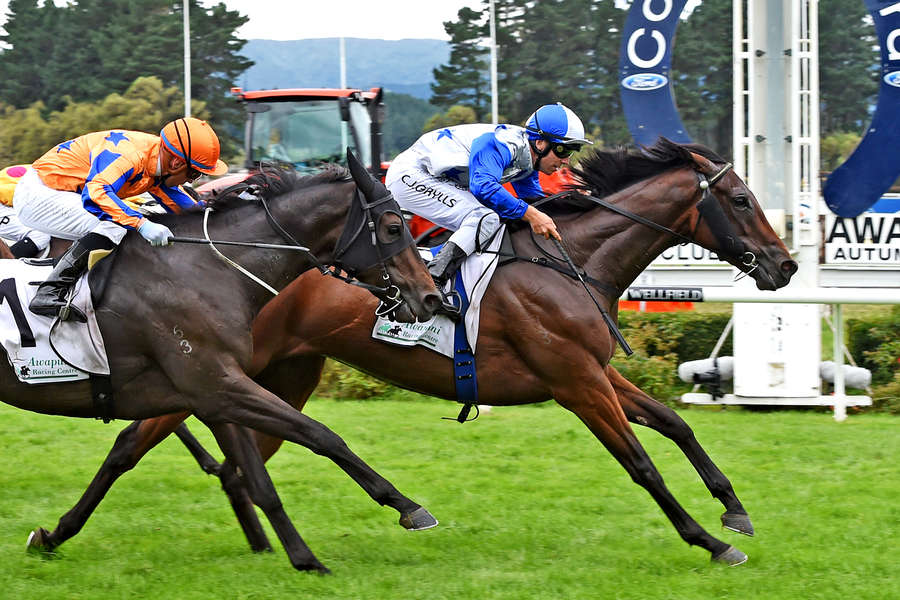