Saturday’s result followed hot on the heels of All American’s very impressive maiden winners Miss Salinger and All Out Of Love at Pakenham on Thursday.

Jockey Lynsey Satherley earned her winning fee on Elusive State in the New World 2YO Stakes (1200m) at Te Rapa.  A big, burly type in the All American mould, he was scrubbed up to sit outside the leader and kept producing under the stick in the straight.

Race favourite Poker Face (Jimmy Choux) issued a fierce challenge inside the furlong but Elusive State kicked back gamely to win by a neck.  “He’s only had only one trial and we planned to give him this run and then bring him back for the Guineas,” trainer Trevor Cruz said.  “He’s still very green and has a lot to learn.”

Elusive State was a $40,000 buy for Angela Cruz and her sons Trevor and Martin at the 2015 Inglis Easter yearling sale.  His dam Jarada (Redoute’s Choice) won on debut at Newcastle in a four-start career and she foaled a stakes winner first-up with Absolut Excelencia (LR Gore Guineas).

“To be honest, we were expecting a placing at best today,” Trevor Cruz admitted.  “The slow ground was our main concern but he got through it well.  We’re excited about his prospects as a three-year-old.  Hopefully, he will mature some more and turn into a very nice horse.”

All American (Red Ransom) transferred from the Hunter Valley to Western Australia earlier this year and since then his current crop of two year-olds have taken a lead from Group 1 star Yankee Rose. 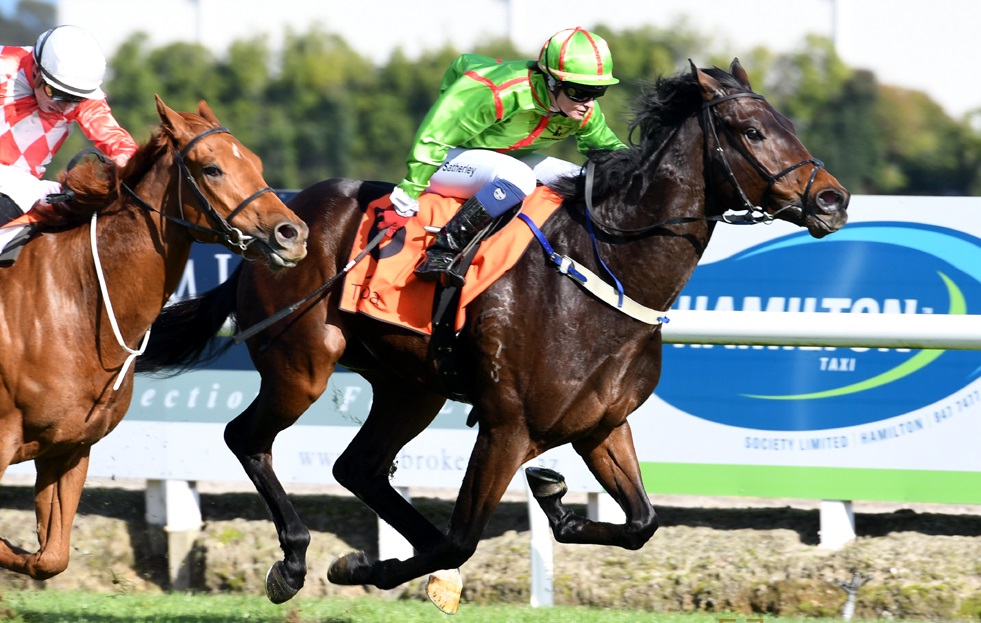