Ladretto won the Cleveland Bay in 2013 but dodged the feature sprint of the season last year to run in the Townsville Cup.  Local trainer Kerry Baumann has done a magnificent job with the gelding who has won 11 of his 17 starts since transferring from Victoria.

He was a resounding choice as Townsville’s Horse of the Year in 2013.

Ladretto (7g Dash For Cash – Shu’ Shu’ Lara by Shagny) had won a Mornington maiden but was a handful and refused to settle for Jason Warren.  “He had a back problem but my wife Rachael and I give him a lot of personal attention,” Baumann recalled.  “He grew in confidence and is racing better than ever.”

Baumann was a harness trainer-driver in Brisbane before moving north in 1988.  He operates a pump business in Townsville and trains a small team as a hobby.

His Cleveland Bay winner is by Scenic Lodge sire Dash For Cash from a half-sister to Steel Phoenix (Nassipour), a stakes races in Melbourne and Sydney for trainers Theo Howe and John Size. 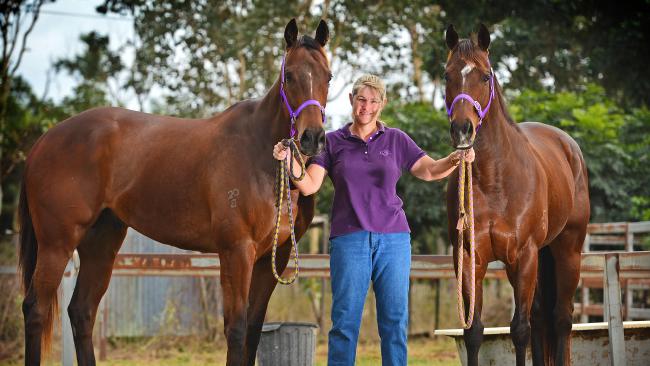