Former Yarradale Stud shuttler Frost Giant (USA) has been put down in New York.  He was 19.

Frost Giant (Giant’s Causeway) had been pensioned from active stallion duties last year and had been battling laminitis since his retirement to ReRun Thoroughbreds at East Greenbush, south-east of Albany, in Upstate New York.

A Group 1 winner of the 2008 Suburban Hcp, he initially stood at Vinery New York and shuttled to Yarradale in 2013 and 2014.  Colic ruled out a third trip to Western Australia.

He sired 17 Stakes winners world-side and last-start G3 Scahill Stakes winner Valour Road stands head and shoulders above his southern progeny with earnings of $1,447,357 to date.  He has won to Group 2 level in the 2018 Karrakatta Plate at Ascot and 2019 Euclase Stakes at Morphettville.

“He was like a firecracker,” said Lisa Molloy, program director for ReRun.  “Even if he was a bit sore, he would try to nip at you and be sassy.

“He had a little bout last year, nothing that bad, but this last one hit him hard,” Molloy continued.  “We brought in different farriers, we had a podiatrist look at him, we tried different medications and special shoes.  We tried everything.”

Many of Frost Giant progeny found their way to ReRun for adoption over the years.  “The majority looked just like him in terms of their personality and chestnut colour with the white markings on the legs, but they all had that sassy attitude.  But none of them had a mean bone in their bodies.”

Frost Giant wasn’t a big horse, standing around 15.1 hands, but his personality was twice that size.  “He just made me laugh,” Molloy said.  “When he saw you in the barn, he would squeal because he wanted more hay or something else.  He was just a really cool horse.

“I knew it was coming but I just wasn’t expecting it to be so soon.  Then last week he was just really quiet and didn’t feel good.  It was time.” 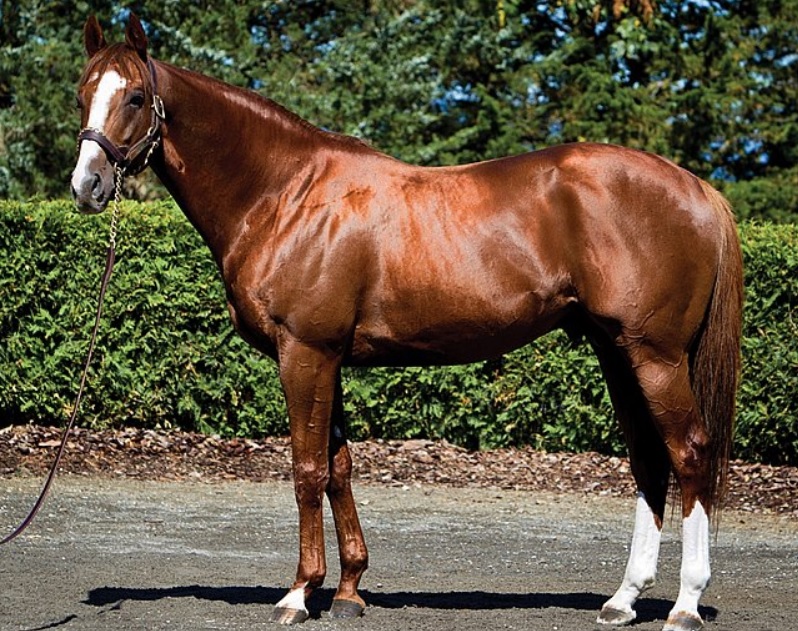