Agent Suman Hedge was acting for Muir and he acknowledged $300,000 was a fair price.  “There’s generally a lot of competition for these types of fillies.  She’s a yearling with all the hallmarks of a nice racehorse and broodmare to go on with.  She’s by More Than Ready which is always a great starting point.  And Allez Wonder has done a really good job at stud.”

Allez Wonder was purchased by Vinery partner Steve McCann at the 2014 Patinack Farm Dispersal and he retained her first filly Bewildering (Husson).  She won on debut at Gawler for Lindsay Park and her most recent foal is a More Than Ready filly born last September.

“More Than Ready is a true legend, one of the most successful shuttle stallions of all time,” McCann said earlier this season.  “I sent a large number of mares to him in his twilight years at Vinery and have a number of quality yearlings by him.”

Later on Day 2 at the Gold Coast, Milburn Creek (as agent) sold a chestnut colt by Star Turn to agent Andrew Williams for $100,000.  He was acting for Upper Bloodstock’s Ross Lao.

Star Turn’s immediate success at stud reinforces Vinery’s roster behind All Too Hard and Headwater who leads the Australian second-season premiership going into the final two months of 2020-21.

The Star Turn – Component (High Chaparral) colt will tour the sale-ring again next season.  “He’s looks a nice trade horse whether that be down here or in Hong Kong,” Williams said.  “The sire is flying and the colt has all the characteristics of a Star Turn.

“He’s been very impressive with those winning numbers.  And he’s off a really good farm like Milburn Creek.” 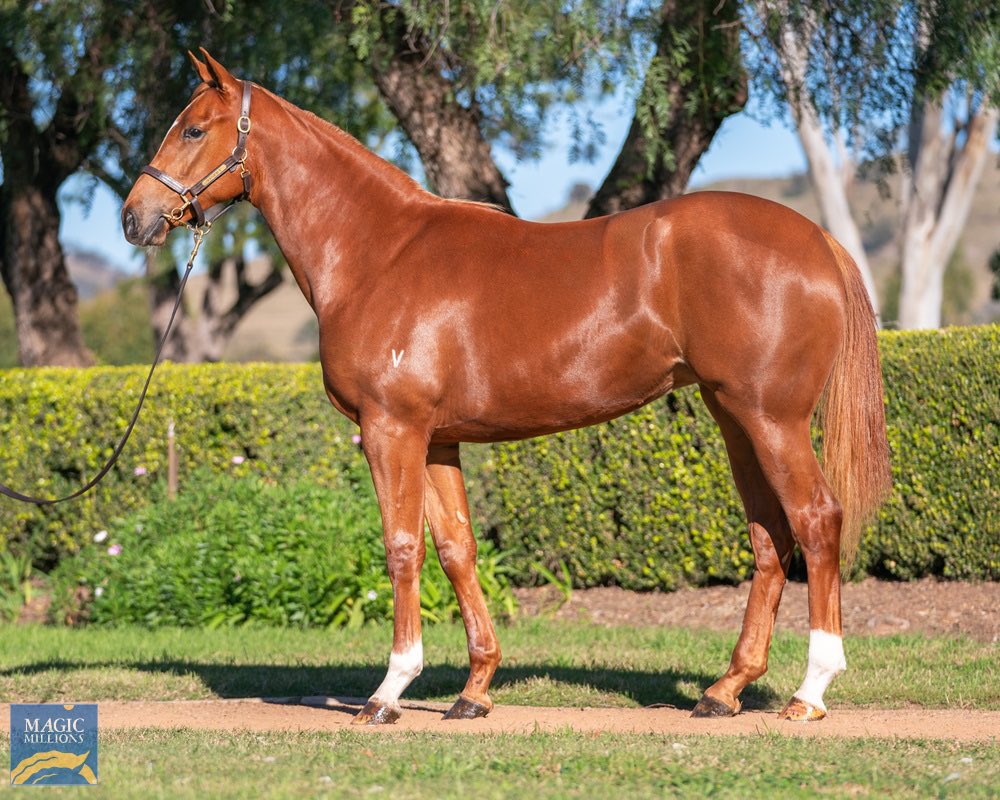