Spiritjim (Fr) has been purchased to stand in WA by Lightning Bloodstock and will cover his first book at Roselee Park in Serpentine this year.

A son of Champion sire Galileo (Ire), he won four stakes races to Group 2 level in Paris after being purchased for €310,000 at the Arqana Yearling Sale by Jean-Michel Hegesippe.  His pink and white silks were carried by many black-type winners with the majority having names that ended in ‘jim’.

The best known of them was Spiritjim who was described by trainer Pascal Bary as having a “formidable ability to accelerate” following an outstanding victory over defending champion Now We Can (GB) in the G2 Grand Prix de Chantilly.

It was one of his four black-type wins over 2400m that also included the G3 Prix d’Hedouville & LR Prix Lord Seymour at Longchamp and the LR Prix Vulcan at Deauville.

Racing Post reported Spiritjim made all in the Grand Prix de Chantilly.  “Pushed along by Christophe Soumillon when challenged 400m from home.  Quickened and stayed on well in the final furlong when strongly pressed but was always doing enough to win a shade cosily.”

Subsequently sold for €570,000 (AUD 898,235) at the Arqana Arc de Triomphe Sale, he was exported to Australia to be prepared by Chris Waller.  Rated an “imposing horse” by Waller, he raced just four times for the champion trainer and, in the last of them, was runner-up in the G2 Craven Plate (2000m) at Randwick.

“We are just so happy to offer WA something a little different this season,” Lightning Bloodstock’s Chris Rosier said.  “A classic European type that will cross very nicely to the popular WA bloodlines.

“Spiritjim oozes quality and has a real presence about him.  We offer him at stud with not only the big breeders in mind, but his introductory fee will be excellent value for all the small breeders out there as well.” 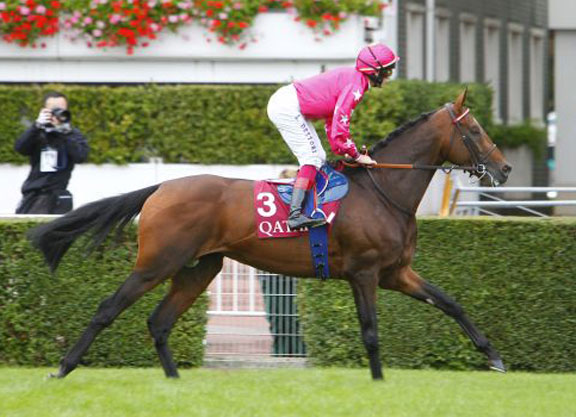