Nisbet was having her first ride for the Denistoun Park team and she took the express lane to win the Murray Mallee Hcp (1000m) at Echuca.

Livorno Express (3f Danehill Express – Livorno by Clay Hero) railed up when the leaders Malionga and They Call Me Bolt drifted off the fence at the top of the straight.  “She tries so hard and didn’t hesitate to go through the gap,” Nisbet said.  “There will be more wins in store for her.”

Mungrup Stud owner Gray Williamson sold her for $30,000 at the 2011 Perth Magic Millions and kept a share with fellow part-owners John Boccamazzo and Brian Fuller.  She won a Cranbourne maiden in January and has repaid her purchase price with 7 cheques in 7 starts.

“Livorno Express was racing first-up for four months and has always shown potential,” Warren said.  “I think this will be the preparation where she really takes the next step.

“She handles wet and dry tracks and should be able to get out to 1200 metres which gives us a lot of options.  She can win in Melbourne for sure.”

The Danehill Express filly is a younger half-sister to LR Illawarra 2YO Classic winner She’s In Demand (Commands).  And her 2yo half-brother Moet Me (Oratorio) won on debut at Ascot earlier this season.

Danehill Express has streeted the field for Sunspeed’s second season premiership with earnings of $1.03 million.  He holds an unassailable lead over Husson Lightning ($763,099) and Henny Hughes ($526,631). 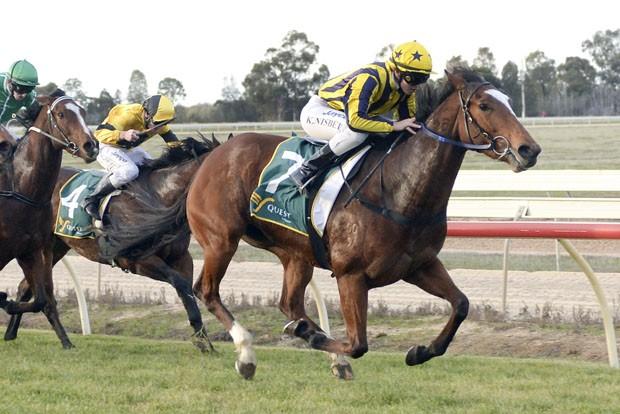