David Vandyke is a past-master conditioning the All Too Hard breed having prepared Alligator Blood to a Group 1 victory in the 2020 Australian Guineas at Flemington.

The Sunshine Coast conditioner produced another classic-looker for All Too Hard on Wednesday when Keefy stretched out to a mile for the first time at Ipswich.  He bowled along in front and had panels on the opposition even though the margin was only a half-length.

The lightly-raced 3yo won on the eve of Behemoth’s defence of his Group 1 crown in the Rupert Clarke Stakes (1400m) at Caulfield.  The giant-sized gelding sent All Too Hard to the top of the Australian sires’ premiership winning the $1million Memsie Stakes (Gr1, 1400m) last month and is weighted to double up this Saturday.

Vandyke has long-range Group 1 plans for Keefy at the 2022 Brisbane winter carnival.  “I can see him developing into a Queensland Derby horse next year.  They only hacked along today but he relaxed and really sprinted home.  His coat is coming out and he will keep progressing.

“He’s genuine and tough both mentally and physically and looks a good stayer in the making.”

Keefy is raced in partnership by Benny Vassallo (BK Racing) and Dato Yap (Raffles Racing) after making $105,000 from Vinery (as agent) at the 2020 Classic Sale.  His dam Urban Rocker (Fastnet Rock) won in Sydney for Chris Waller and is now based in New Zealand with Scott Williams (Bloodstock Resources).

Meanwhile, Alligator Blood has pulled up extra well after winning a Doomben trial on Tuesday but his second trainer Billy Healey has ruled out a trip to the southern spring carnivals.  “He’s probably just a little bit behind the ball for those big races,” he said.  “We will give him a freshen-up and go a couple of runs into the Magic Millions carnival.”

Connections will target the $1million Magic Millions Cup (RL, 1400m) at the Gold Coast on January 15.  Alligator Blood won the 2020 Magic Million 3YO Guineas before being controversially stripped of the win and the prizemoney by stewards.

Healey also prepared All Too Hard 3yo Blood Thunder to win on debut at the Sunshine Coast on Sunday.  He races in the same colours as Alligator Blood and was a $200,000 buy for Ezibonds Syndicate’s managing part-owner Allan Endresz from the Vinery draft at the 2020 the Gold Coast Magic Millions. 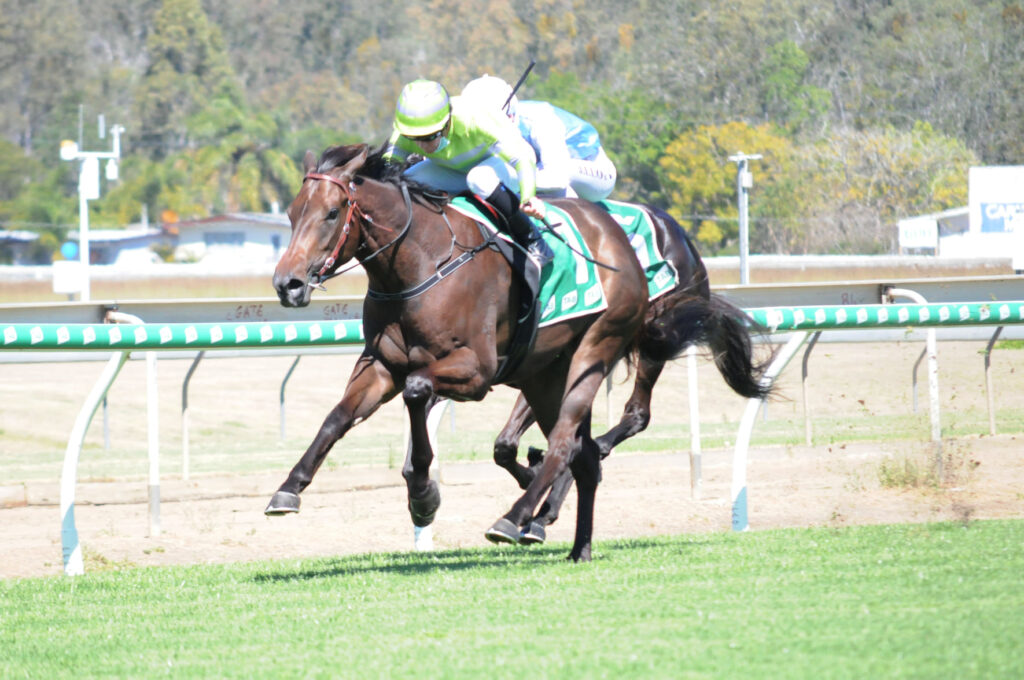