Trainer Bryan Guy is a good judge and he reckons Good Luck Malela is showing the same potential as his classic winner Eagle Way.

Good Luck Malela is a 3yo grey by Bradbury’s Luck and is travelling a similar path that Guy took with Eagle Way.  He won a Sunshine Coast maiden last December and then raced through the grades to a Group 1 triumph in the Queensland Derby.

He was transferred to Hong Kong and scored first-up at Sha Tin on Sunday.

“We will try Good Luck Malela over further ground and then come back in time for the winter carnival,” Guy said.  “I would like to find an 1800m race to improve his rating and prize money before a spell.”

Raced Mr Chan, another of Guy’s long-time Hong Kong-based clients, he circled the field for a soft win at Ipswich last month.  “He has always shown something from the first time I rode him in a barrier trial,” Paul Hammersley said.  “He’s above average and will go on and win better races if given a chance to settle and finish off.”

His NZ-bred dam Malela (Danske) won up to 1800m in Brisbane and counts tough Kiwi stayers like Aquidity (AJC Queen’s Cup) & The Sportsman (Moonee Valley Cup) among her close relations.

Bradbury’s Luck (Redoute’s Choice) sired the aptly-named filly Make My Own Luck to win on debut at Toowoomba on Saturday.  She bolted in by nearly 4 lengths for trainer John Zielke and is bred to fly being a grand-daughter of Ossie Cossie (LR Qld Lightning Hcp).

Make My Own Luck is the second 2yo winner for her sire this season after he filled out a juvenile trifecta with Skate To Paris, Himalayan Salt & Gem Of The Lochs at Sunshine Coast last month. 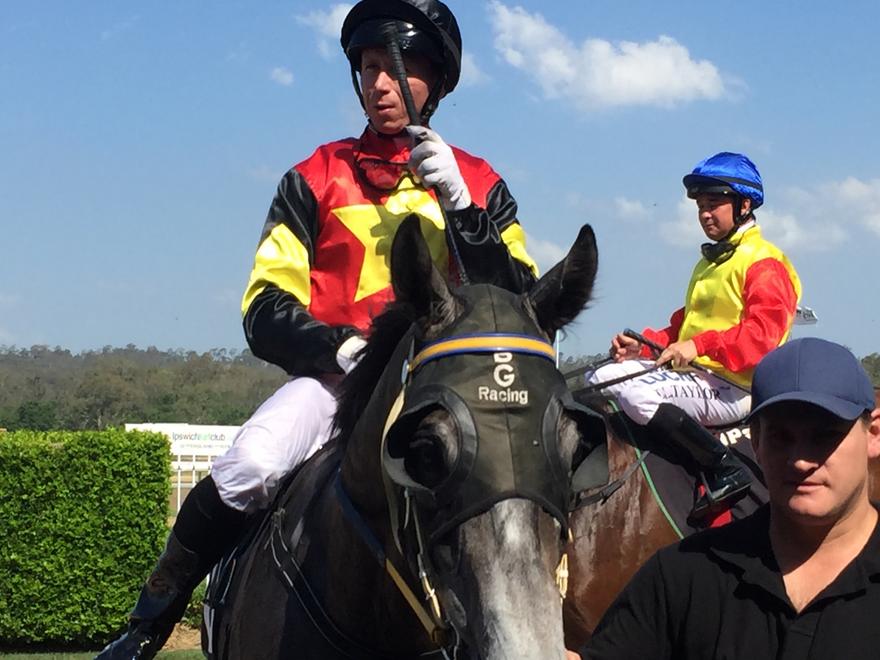