With Pat Carberry riding the perfect race at Belmont, No Dice did best in a four-horse finish after being headed in the straight.  She levelled up to the leaders at the furlong and then did best in a duel with Cobbanco (Playing God) who had completed a Belmont hat-trick earlier this month.

“I had to look away a couple of times,” Evans admitted.  “This was a stronger midweek field than I anticipated but she’s that tough and I’m so proud of her.

“She’s a pleasure to train at home and handles the workload.  She loves her hugs and the only thing she hates are ice-boots!”

No Dice had finished fourth in an Ascot nursery on debut behind Flying Missile (Cable Bay) last May.  She resumed with a Belmont maiden win last month and was up to the rise in grade there on Wednesday.

“She’s a casual filly and lacks a bit of size but is genuine,” Carberry said in the enclosure.  “We were boxed away in the run but I had to pop out earlier than planned when Cobbanco peeled three-wide coming to the corner.  I asked for everything and got to the bottom of her.”

No Dice (3f Bradbury’s Luck – Can’t Afford by Soldier’s Tale) was bred by Yarradale Stud and is from a half-sister to Happy Giggle (G2 VRC Maribyrnong Plate).  The mare has a Patronize 2yo colt named Call It A Loan with Adam Durrant and her latest is a filly by Gingerbread Man foaled in September.

Other Bradbury’s Luck city winners this year have been Burnya To Survive (2) and Bell Lap while Eye Guy notched a 10th career victory at Selangor on February 7.  Eye Guy won his maiden at Pinjarra and is now raced by Joe Singh in the same purple silks as Gingerbread Man.

Yarradale has two Bradbury’s Luck colts catalogued for the 2022 Perth Magic Millions.  First to parade (Lot 179) is a half-brother to Zero Consequence (War Chant) who landed some good bets for Durrant Racing on debut over 1500m at Pinjarra last month.

Lot 209 is the half-brother to Durrant Racing’s Shake Baby Shake (Foxwedge) who hasn’t been out of the first two in her first starts at Belmont, Pinjarra and the Great Southern. 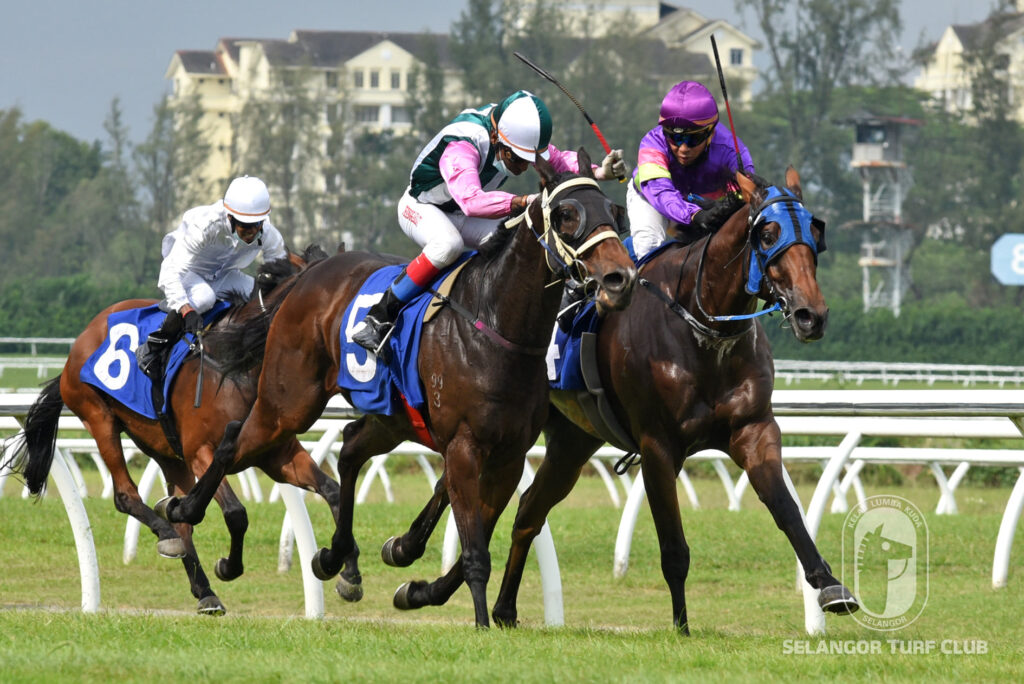