The Lindsay Park 3yo stalked the pace before putting four lengths on her rivals first-up in the Champions Estate Maiden (1000m).  “She is going places this one,” stable spokesman Bruno Rouge-Serret predicted.  “She’s a long way from being screwed down but raced right away from them.  With that win under her belt, there’s a bit of confidence going forward.

“She was still growing and had a few problems during her first prep.  We’ve given her time and she’s much stronger and relaxed now.”

Manasari is raced by Vinery in partnership with Kia Ora Stud, Neil Werrett and Steve McCann.  She cost $600,000 at the 2017 Gold Coast Magic Millions and is from USA-bred mare Heart Ashley (Lion Heart) who was a Group 3 winner at Aqueduct and Pimlico.

Heart Ashley arrived here in 2011 and her first foal Ameristralia (Fastnet Rock) won four races for Spendthrift Farm and was exported to Kentucky after a Group 3 placing in the Bellmaine Stakes at Caulfield.

She also has More Than Ready yearling colt that was purchased by Aquis Farm for $280,000 from Kia-Ora at this year’s Magic Millions.

Winning jockey Ben Allen gave Manasari a vote of approval after returning to scale at Ballarat.  “The boys have improved her manners.  She settled in the run and I was confident she would put them away.”

More Than Ready mares are blue-chip investments for the residual market.  His 6yo mare Just One Moment only won an Echuca maiden win in five starts for Peter Moody and breeder John Camilleri but made $420,000 at the Magic Millions National Broodmare this week. 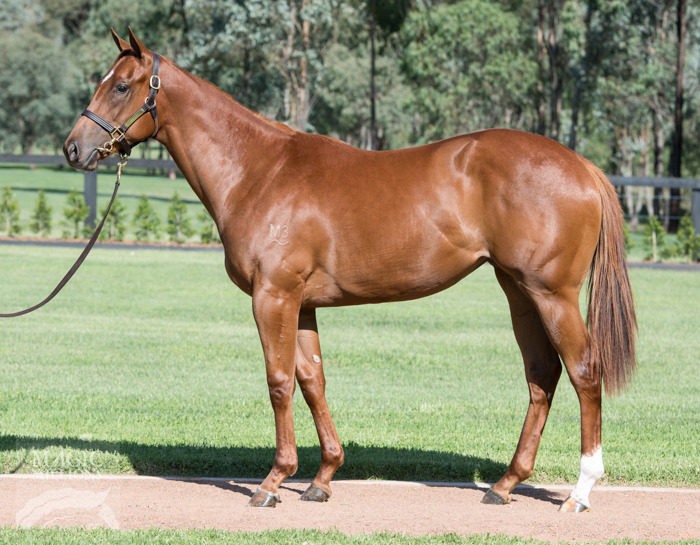