Clarken, who trains in partnership with Oopie MacGillivray, made that prediction after his Headwater filly defeated Group 1 Blue Diamond Stakes winner Lyre in a deep renewal of the Manihi Classic.  “It’s a massive thrill,” he said.  “She has her quirks but is a valuable filly now.

“We gave her time to grow after a trip to Melbourne in the spring and she’s really improved since we added a tongue-tie.  We also have Anna (Jordsjo) to thank for all the work she’s put in at home.”

Mileva (3f Headwater – Lady Einstein by Magic Albert) has won 4 times in 7 starts since a front-running debut at Murray Bridge last year when she was backed from $8 into $1.75.  Bred at Little Hills Pastoral by Geoff and Christine Tucker, she is the first foal of a winning half-sister to Melbourne Group 2 winner Second Effort (Mossman).

The Tuckers sold her for $42,000 at the 2019 Adelaide Magic Millions.  That price-tag was well below expectations because she wouldn’t leave her box or enter the sale-ring without a lead pony!

Mileva completed a double for Headwater at Morphettville.  The Vinery stallion sired another stakes-bound winner with Karacasu in the Fleurieu Milk Hcp (1100m).

Karacasu (2g Headwater – Miss Cooper by Medaglia D’Oro) came from last to run down unbeaten youngster Brother’s Shadow (NZ) for trainers Richard and Chantelle Jolly.  He turned the tables on the runner-up who beat him a half-length on debut a fortnight ago when there were excuses.

“He raced on the Parks circuit first-up and really appreciated the outer track today,” Chantelle Jolly said.  “If he pulls up well, we will step him up to a black-type race during the carnival.”

Jolly mentioned a suitable target would likely be the SA Breeders’ Stakes (Gr.3, 1200m) on April 24.

Karacasu was bred by Cornerstone Stud and was pin-hooked for $50,000 out of its draft to the 2019 Magic Millions National Weanling Sale.  His asking price increased to $160,000 back at the Gold Coast in January 2020.

The Jolly family have built a great strike-rate with Vinery sires and Richard & Chantelle went back and bought a Headwater – Alma’s Angel colt for $90,000 at the Gold Coast Magic Millions this year.

Headwater is vying with Pride Of Dubai for Australian second-season honours in 2020-21 and he has two yearlings catalogued for the Inglis Easter Sale on Wednesday, April 7.  Corumbene Stud’s colt from Damedge (Lot 261) is from a Redoute’s Choice three-quarter sister to Vintedge (VRC Matriarch Stakes Gr.3). 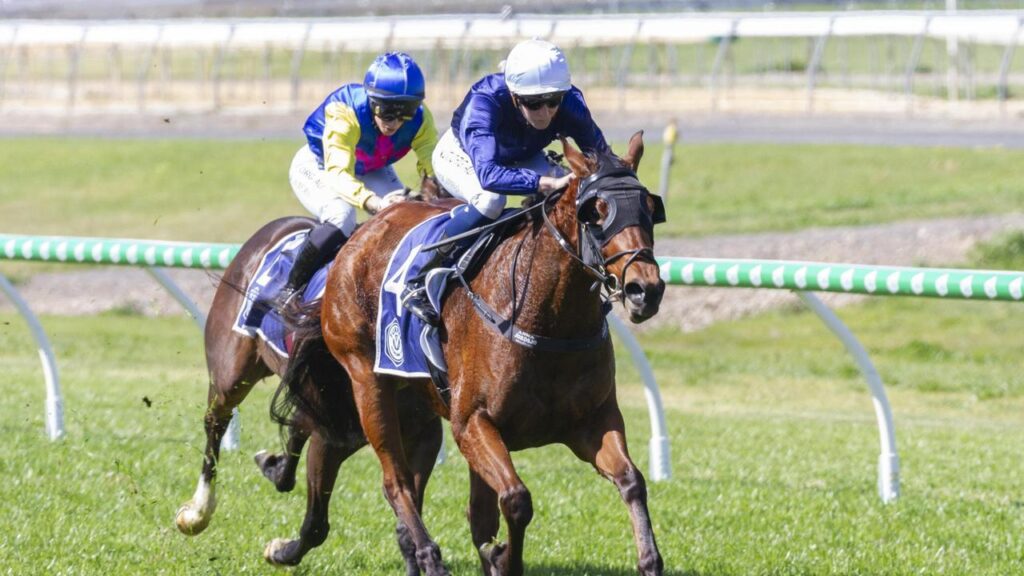