The front-running grey galloper was always in control against some stiff opposition in the of the Gr.3 Hall Mark Stakes (1400m). He defeated Group 1 winners Trekking, Kementari and Le Romain in a career-high performance that sent his earnings to $486,350 from 8 wins in 14 starts.

Greyworm is a son of Master Of Design and is trained by Team Hawkes for Gary and Hannah in partnership with Wingrove Park’s Joe and Daria Vella.

The Eden Park couple are also revelling in the recent purchase of Master Of Design to stand at their 180-acre property which is nestled between Spendthrift Farm and Sun Stud at Kerrie.

Lui is under no illusions with Master Of Design. “He’s not commercial but is still a worthwhile stallion for owner-breeders,” he said. “His stock are tough and, if given time, can develop into more than capable city winners as four and five year-olds.

“Michael Hawkes told us Greyworm hasn’t put a foot wrong since joining their stable. He’s a 5yo now but just keeps improving.

Greyworm is the second stakes winner by Master Of Design this year following The Mitigator’s Group 1 victory in the Thorndon Mile at Trentham in January.

He’s also going well in Macau and Hong Kong with winners like Star of Patch and Lakeshore Eagle. Lui knows the Hong Kong racing landscape as a Senior Captain with Cathay Pacific Airways and he has been racing horses with the Hong Kong Jockey Club for over 10 years.

Another Master of Design at Eden Park is the filly foal from Kylie Em (Starcraft). A lovely-natured youngster, she is from a winning daughter of NZ Group 2 winner Soap Opera (Lord Waverley).

Eden Park also raced Rosehill winner Interstellar (Shamoline Warrior) with Te Akau Racing and Team Hawkes and her first yearling, a colt by All Too Hard, made $150,000 at the Inglis Classic Sale in February.

“We were disappointed not being at Randwick on Saturday due to the coronavirus,” Lui said. “I had been in self-isolation in Hong Kong earlier this year before coming back home because I didn’t want to take any risks with our young son Ollie.

“Hopefully, we can win more stakes races with Greyworm when the lockdown is over and we’re on course to cheer him in the flesh instead of watching it on TV.”

Hoofnote: Greyworm isn’t the only grey Gary and Hannah have a close affinity with at Glen Eden. They also pamper former champion sprinter Chautauqua who retired to their property in 2018. He completed a hat-trick of wins in the G1 T J Smith Stakes in 2017 – five years after Master Of Design posted his sole elite victory in the feature sprint at Randwick. 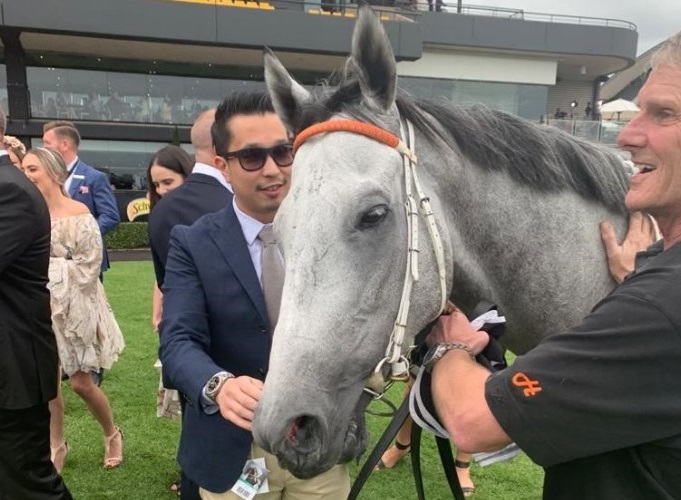