Maurice was named Japan’s 2015 Horse of the Year, Champion Sprinter & Champion Miler.  He was also honoured with a Special JRA Award for his 2016 victories in the G1 Tokyo Tenno Sho, G1 Hong Kong Champions Mile and his sensational swansong in the G1 Hong Kong Cup at Sha Tin in December.

“He is a beautiful horse,” champion jockey Joao Moreira said.  “He’s got a great body, he has strength and he moves like a real champion horse.  He is undoubtedly right up there with the best I have ridden.”

Arrowfield Chairman John Messara said nobody could fail to be impressed by Maurice’s extraordinary performances at the highest level.  “We are privileged to have the opportunity to stand such a charismatic superstar whose physique, 1600-metre dominance and Danehill-free status make him a wonderful addition to our roster.”

Maurice (Screen Hero – Mejiro Frances) retires with a record of 6 wins at Group 1 level, including four at 1600 metres, and prizemoney exceeding AUD 12 million.

Maurice will stand at Arrowfield for a fee of $33,000 (inc gst).  He is fully booked for his first northern hemisphere season at Shadai Stallion Station. 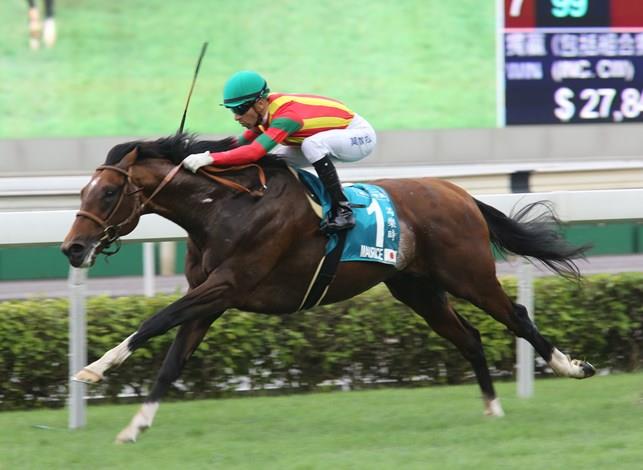