Wales (5h Redoute’s Choice – Valkyrie Diva by Jade Robbery) is being offered as Lot 139 by Lloyd and Nick Williams under Hudson Conway Racing.  He was last seen when well-beaten behind Boomwa in a Moonee Valley sprint in December.

Bred by Makybe owner Tony Santic, he was a $310,000 buy for Team Williams at the 2011 Inglis Easter yearling sale and that looked money well-spent when he won the LR Redoute’s Choice Stakes (1200m) on debut at Caulfield in April 2012.

“He will only get better with racing,” winning jockey Steven King declared.  “He just didn’t know what to do when he got to the front.  Lloyd’s horses can be a bit new when they first get to the races but he’s a nice type.”

After an injury-enforced, two-year stretch on the sidelines, he resumed at Sandown in March last year and finished strongly down the outside to win the Catanach’s Jewellers Hcp (1400m).

Wales is by champion sire of sires Redoute’s Choice from a Group 3 winning half-sister to Makybe Diva.  There are similarities with the Melbourne Cup legend – he’s a dark bay with a distinctive white star.

With 88 supplementaries added to the original catalogue, there will be 264 lots for sale at Oaklands Junction this Friday. 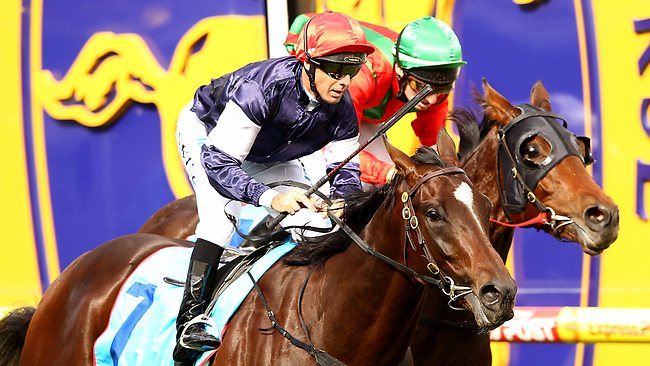