Perth trainer Simon Miller has got an eye for spotting potential in a foal and that’s goes double with Vinery Stud.

Miller bought Vinery graduate Levitate for $40,000 at the 2017 Inglis Sydney Weanling Sale and he’s ready to train on this season after a winter double at Belmont.

Vinery sire Press Statement gave Miller another win in the foal stakes at Northam on Thursday when his filly Time Scale claimed the TABtouch 3yo Maiden over 1100m. (Photo / Western Racepix).  She sat outside the speed for Chris Parnham and then stole a break in the straight.

“She’s a talent and is going places but we had to pace her early on,” Miller said.  “That’s why we brought her back to 1100m today.  She’s still green but is getting into a rhythm.”

Time Scale led into the straight first-up over 1200m at Belmont earlier this month before fading.  She had been placed at Ascot second time out in March and followed up with a back-field finish in the Karrakatta Plate Gr.2.

Miller bought her for $37,500 at the 2018 Magic Millions National Weanling Sale.  Her dam Before the Present (Hussonet) is an unraced half-sister to Silver Slipper Gr.2 winner Domesday (Red Ransom).

Time Scale races for a syndicate managed by Ray Meadowcroft who has fond memories of his links with Vinery.  His 2011 Karrakatta Plate winner Night War (General Nediym) was purchased by Vinery as a broodmare prospect and among her foals is Wyong 2yo winner Major Murphy (Press Statement).

Meanwhile, Levitate (Husson) will return from a beneficial spell next week and will be peaking off the back of the carnival.

“He put some good horses away at Belmont last time in,” Miller recalled.  “I said at the time he was still a prep away so we played it safe and gave him a good break.”

Vinery sold Levitate as a foal on behalf of Keith and Jan Meadows who bred him by using former Vinery sire Husson (Arg) over their Flying Spur mare Defying Gravity.  The $40,000 price-tag was money well spent by Miller and a syndicate that includes his partner Ellie Crispe along with Jarrod & Greg Loughridge. 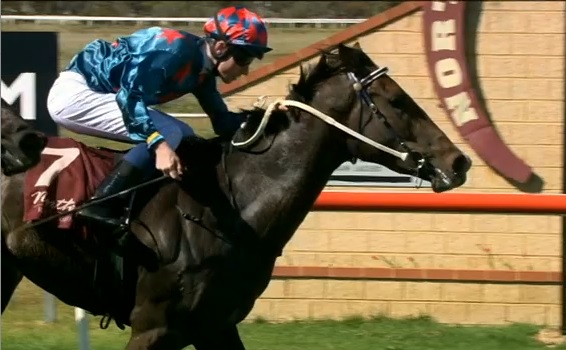