The strapping son of Vinery shuttler Big Brown was drawn against just two rivals in the Boston Access Race (1600m) and made short work of the duo in the final furlong at Naas.  Held up in the early stages by jockey Joseph O’Brien, he responded effortlessly to take control and win by over two lengths from Fighter Squadron (Medaglia d´Oro) and Resolute Response (Dansili).

Darwin (3c Big Brown – Cool Ghoul by Silver Ghost) was sent to Aidan O’Brien’s Ballydoyle stables earlier this year.  He had won a Belmont Park maiden on debut in October prior to a fourth-placed finish in the G2 Nashua Stakes at Aqueduct.

“He’s an exciting horse but is still quite green,” Joseph O’Brien stated.  “That was his first run on grass and it was his first time on a track like this.  He got hurt on his second run in America before having a break.

“He hasn’t done much at home but is obviously a lovely horse.”

Darwin holds numerous nominations in Ireland and England next month including the G3 Minstrel Stakes at the Curragh on July 20, G3 Meld Stakes at Leopardstown on July 25 and the G1 Sussex Stakes at Goodwood on July 31.

Darwin has been in the headlines since Coolmore Stud bought him for $1.30 million at the Fasig-Tipton Florida 2YO Sale in March 2012.

Big Brown (USA) won the 2008 Kentucky Derby – Preakness Stakes double and his first crop bred at Vinery Kentucky are three year-olds and, so far, there have been 34 individual winners of 53 races at a 58% strike-rate. 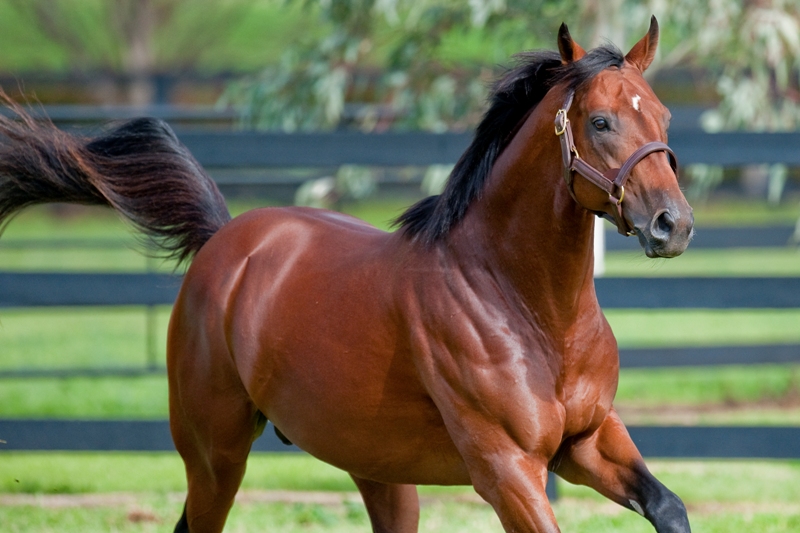